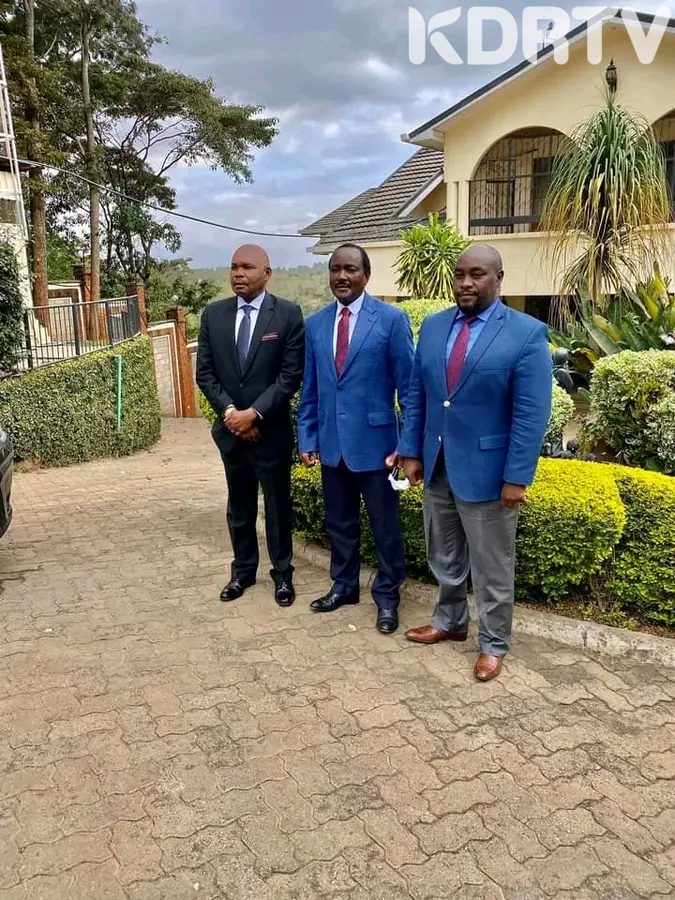 Earlier today, Wiper party leader Kalonzo Musyoka had a meeting together with ODM spokes person Makau Mutua and Kitui senator Enoch Wambua. Makau Mutua went ahead and posted a picture of the and captioned:

“In happier times with my brothers @skmusyoka and Senator kiiowambua. Let’s hope ‘the past is prologue,”

However, the ODM spokes person did not reveal any setms they discussed during the meeting. Netizens were left guessing.

Nonetheless, the presumption has it that talks could be geared on a likelihood of Wiper leader going back to Raila Odinga

However, Kalonzo has since then kept his political movement away from the public.

Consequently, Kalonzo had revealed his running mate Ole Sunkuli on Monday after Raila failed to nominate him. After announcing his exit from the Azimio coalition, Kalonzo is set to vie for presidency under wiper ticket.

Subsequently, Raila had settled for Narc Kenya leader Martha Karua as his preferred running mate. Martha Karua has since been holding campaign in most parts of Central Kenya.

Kalonzo has not yet started his campaign in most parts of the country.

Kalonzo and his running mate had not been officially be cleared by the IEBC. However, there is still some speculations that Kalonzo could be on his way back to Azimio, and take Chief Minister role