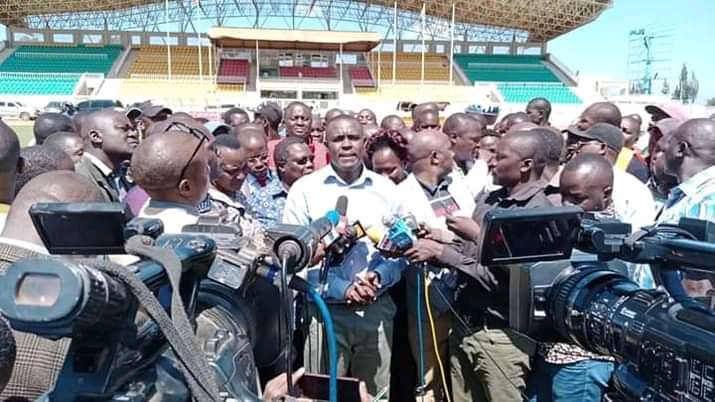 Mudavadi and Wetangula faulted Atwoli and Raila for allegedly planning to hoodwink and corner Luhyas electorates into endorsing Azimio la Umoja ahead of 2022 general election.

According to Mudavadi, the former prime minister Raila Odinga is his key competitor in next year’s presidential election and therefore it is politically out of order for him (Mudavadi) to attend an opponent’s rally.

Wetangula, on the other hand, pointed a blame finger at the trade unionist for allegedly acting in the capacity of Luhya spokesperson and elder when the real Luhya leaders who are vastly recognized and elected (Referring to Mudavadi and Wetangula) are yet to stamp Raila’s presidency.

Wetangula lamented that Atwoli was not elected to speak or act on behalf of the Luhya community and therefore ought to desist from spearheading and “selling” Luhyas to Orange Democratic Movement (ODM) party leader Raila Odinga.

Atwoli is allegedly set to “impose” Raila Odinga’s presidency to the great people of Mulembe. He had also revealed that Raila Odinga will floor DP Ruto and One Kenya Alliance (OKA) candidate in 2022 general election. He insisted that Luhya leaders should be part and parcel of the next government (Azimio la Umoja Government).

Raila’s Ally Begs Mudavadi and WetangulaTo Attend Atwoli’s Rally, Predicts What Will Happen To Luhyas in 2022