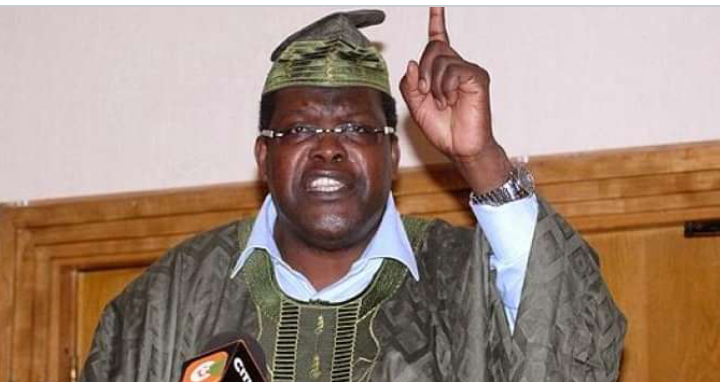 The interior CS was coronated yesterday, Thursday, 16th December by the Luo Council of Elders in Kisumu. However, taking his anger on Twitter, Miguna suggested that CS Matiang’i ought to have been tasked to lead Raila’s household owing to the allegations that he (Matiang’i) can’t converse fluently in the Dholuo dialect.

“Okengo Free Matiang’i represents everything bad in Kenya: violence and force against Democratic values and rot in governance” Miguna noted on Twitter.

“He can’t speak Luo and hates Luo culture and people. Raila should have made him the Head of the Odinga Household. The Luo Nation rejects the impostor” Miguna added

Miguna Miguna was deported to Canada in 2018 after swearing in the Orange Democratic Movement (ODM) party leader Raila Odinga as People’s president. Uhuruto’s controversial Victory in 2017 tagged repulsion forces from the famous National Super Alliance (NASA) who accused the duo of allegedly engaging in ELECTORAL MULTI-PRACTICES that led to the nullification of the presidential poll by the Supreme Court.

Raila and his co-principals (Mudavadi, Kalonzo, Wetangula, and Isaac Ruto) boycotted the repeat election allowing Uhuru to ascend to power. Miguna Miguna, on the other hand, declared Raila as the people’s president leading to his (Miguna) deportation fate.

His attempts to revert back into the country have been subsequently failed citing that the Kenyan Government had issued red alerts to restrict him from getting into the country.