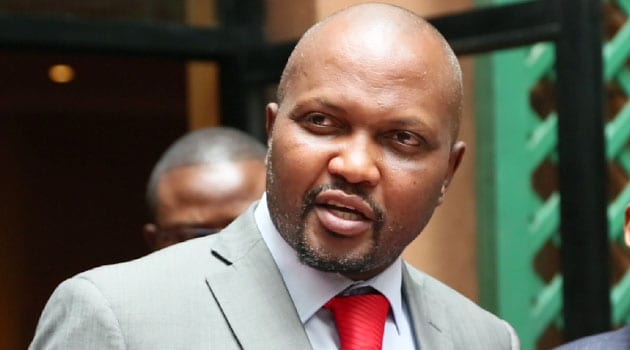 Gatundu South MP has revealed inner details between President Uhuru Kenyatta and ODM leader Raila Odinga during the March 9, 2018 handshake at the steps of Harambee House.

While speaking on Friday 11 in Kiambu County, the Chama Cha Kazi party leader claimed that the ODM leader is his close friend and he had told him details of his handshake with President Kenyatta.

Raila was ready to retire after losing the 2017 presidential election, according to the Gatundu South Member of Parliament, but the handshake agreement with the President made this impossible.

“In 2017, Raila was ready to go home and Uhuru told him not to retire and that is unfair. I know the President was also ready to retire but Raila decided to pull him back into the political arena. My simple message to Raila Odinga is that his time to retire has come and you should retire in peace and Kenya will be okay.” Moses Kuria quipped.

He went on to Castigate President Uhuru, asking him to retire from active politics with dignity.

“My message to Uhuru Kenyatta is your time to retire and go home with dignity and pride is here. God has helped us, children of poor people, to also enter into politics and we are capable of taking this country forward,” Kuria stated.