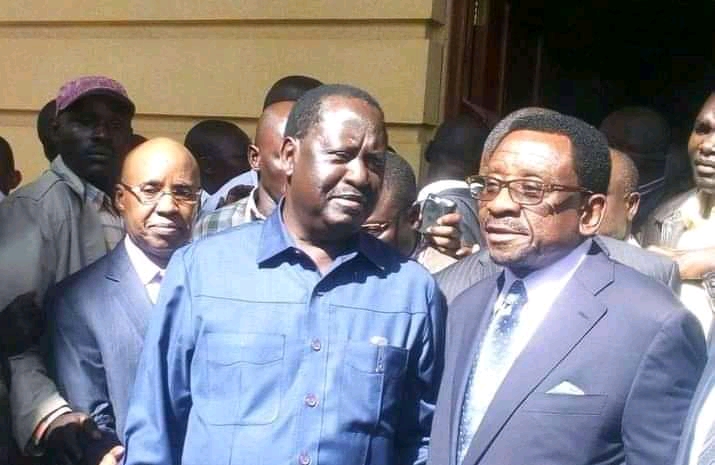 Amani National Congress (ANC) party leader Musalia Mudavadi has gone mad at leaders who allegedly use school buses to ferry their supporters for political rallies in the attempt of pulling a huge wild crowd.

Speaking after attending a Sunday church service at St Jude Catholic Church in Huruma, Eldoret, the former vice president exposed that some top politicians are enticing their political rallies with ferried crowds from their respective strongholds to hoodwink electorates at the height of voting for them in 2022.

He revealed that Education Cabinet Secretary Professor George Magoha’s tough warning against inducing the school buses for private function remains unremoved and it is high time the Ministry of Education cracks a whip against leaders obsessed with such characters.

“Professor Magoha said that school buses should not bw used for private functions, how can you just go bad without asking me to highlight that? Why are school buses being used to ferry people for political functions?” Angry Mudavadi lamented.

He also dismissed claims and rumours that have associating him with Deputy President William Ruto for a secret political deal. He re-affirmed that One Kenya Alliance is destined at taking over power from Jubilee government in 2022 and rumours linking him to Hustler Nation faction draws no water.

“This is nonsense, I have never heard such, the person peddling lies does he or she has witnesses or just relying on rumours? Those are just rumours and should be ignore. One Kenya Alliance (OKA) is not someone’s project. As a team, we believe that we shall deliver to our people when given a chance to lead them. OKA has better plans of resuscitating the country’s economy..” Mudavadi noted.