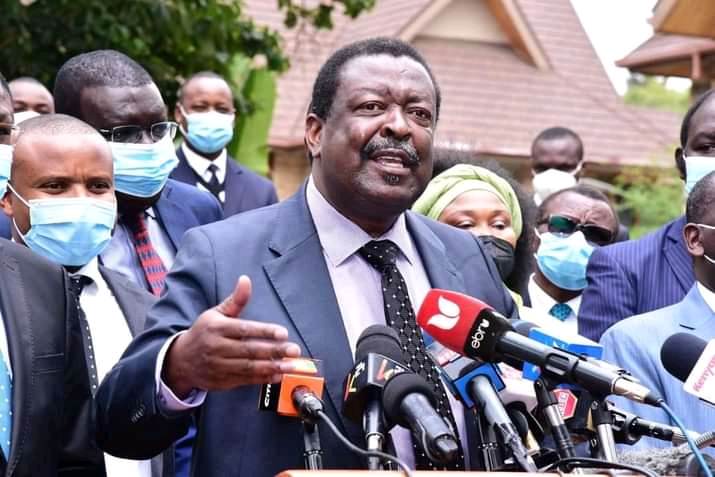 The Western region politics has reached the peak with battle of dominance taking the centre stage ahead of 2022 general election.

Speaking during the christened Vihiga Cultural Festival on Sunday, 26th December at Mbale Municipal Ground, Mudavadi revealed that his next year’s presidential candidate might shock many since he might initiate new consideration when backing a candidate, unlike the previous years where people could tell his preferred candidate.

“I have been predictable (about the presidential candidate to support) in the past (campaigns) but this time around, no one will predict my moves. I would speak and move out with the masses after the speech just to show who is in control of the people of Western,” said spiced the air.

Mudavadi’s declaration comes a time when ODM-ANC coalition hearsays have rented the social media following Raila’s revelation during the burial ceremony of Mudavadi’s late Step-Mother Mama Rosebella Mudavadi, who died months ago in Virginia, United States of America, while responding to treatments.

Raila affirmed that Mudavadi is his longtime political brother who he believes that they might unite ahead of 2022 general election for pre-election agreements.

“He (Mudavadi) has been my longtime friend. All along we have been working together and i still believe that we shall unite ahead of next year’s general election” Raila Odinga said.

Although Mudavadi is yet to ascertain whether he will attend Bukhungu Stadium convention, but Kakamega senator Cleophas Malala confirmed that One Kenya Alliance principals especially Mudavadi and Wetangula might snub the rally to attend to personal engagements.