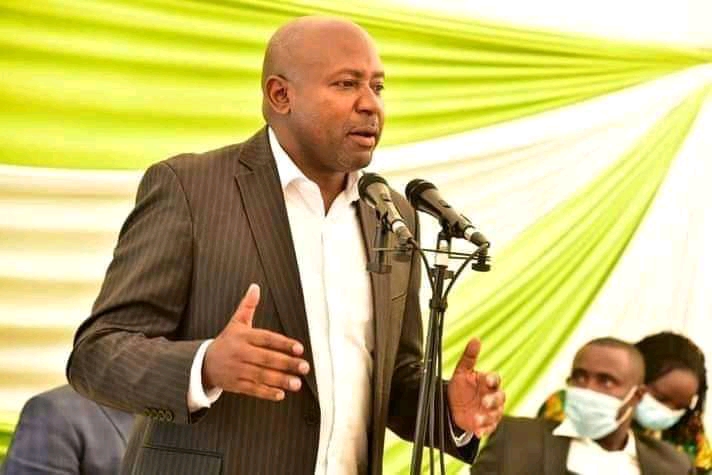 The self-proclaimed Deputy Party Leader Hon Ayub Savula who also doubles as Lugari lawmaker has been thoroughly warned from making any utterance on behalf of the ANC party.

“Take further notice that only the party leader and Secretary General are official spokespersons of the party. Utterances by persons purporting to hold office and therefore speak for and on behalf of the party should largely be disregarded by the media” the notice reads. 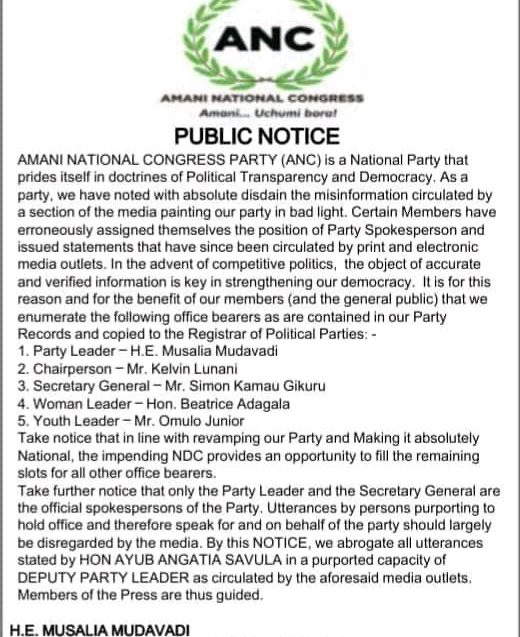 This emerges after the fueling rifts among the Amani National Congress (ANC) allied legislators have been holding horns following the ANC-UDA corridor associations at the expense of firing strange attacks at the Orange Democratic Movement (ODM) party leader Raila Odinga.

Kakamega Senator Cleophas Malala has been unleashing political missiles at Wiper party leader Kalonzo Musyoka and KANU chairman Gideon Moi accusing them of secretly pulling a coalition with Raila Odinga ahead of 2022 race.

While dismissing Malala’s outbursts, Ayub Savula (ANC associate) revealed that One Kenya Alliance is aimed at uniting the country’s and pitching a victory ground in the next year’s general election. Speaking about the details of OKA’s crisis meeting on Monday, 30th, November, Savula states that the agenda of the meeting is to iron out the fueling wrangles in One Kenya Alliance and not to discuss about Malala.