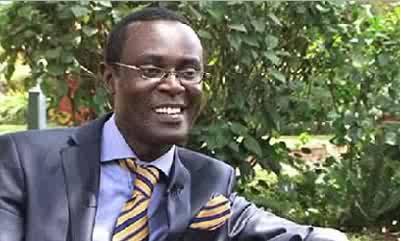 (KDRTV)-Political analyst Mutahi Ngunyi has taken to social media to castigate former majority leader, Kipchumba Murkomen who has been throwing jabs at the president and his government officials.

He further reported that Uhuru even ordered William Ruto to vacate a government house in Mombasa. He was allegedly denied entry into the house by the eagle-eyed security officers that only allowed him to collect his belongings.

This was an embarrassing encounter for the deputy president to be treated like that by junior officers in the government.

The supporters of Ruto have been complaining about how their son is being treated but it seems things will even getter tougher for Ruto because he has been seen to antagonize the president on several occasions.

The head of communications in his office has however refuted the claims made by Murkomen and said that the deputy president has a very good working relationship with the president and Murkomen’s sentiments are not by any means, views of William Ruto.

Murkomen feels that president Uhuru is ungrateful to the man who single-handedly made him the president. According to Murkomen, were it not for Ruto, Uhuru would not have been even an official opposition leader.

This prompted a reaction from many quarters with Mutahi Ngunyi telling him off. Mutahi Ngunyi said that the deputy president is nothing without Uhuru so he should shut up because he is who he is courtesy of Uhuru.

He said that William Ruto only commands about a 1.4million votes that cannot make him a president.

@MutahiNgunyi
Without KIKUYUS, DP Ruto is NOTHING. Fact. He gave UHURU 1.4 million Votes and UHURU brought in 6 million votes of his own. FACT. Murkomen is talking GIBBERISH as usual when he SAYS that Ruto made Uhuru President. ZERO. You REMOVE Kikuyus from RUTO, there will be no Ruto. FINITO.
Click to Support KDRTV by Donating. Advertise with us.  Contact Us, press releases.
Subscribe to watch latests videos
In this article: