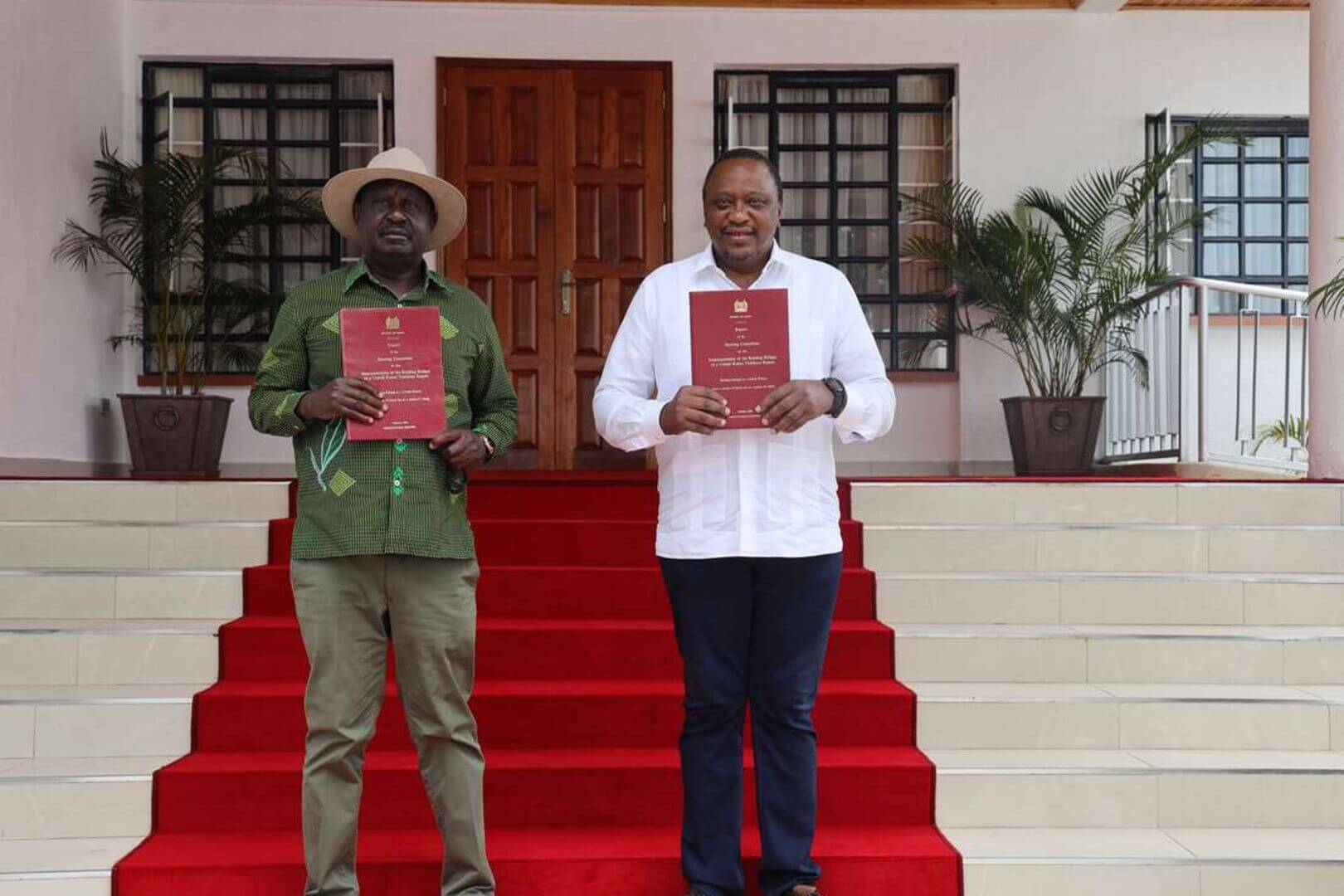 (KDRTV) – The BBI Bill moved closer to passing as four county assemblies voted in favour of the bill on Thursday.

Kisii County was the first to endorse the bill on Thursday morning with all the 67 MCAs voting Yes. Nairobi, Laikipia and Vihiga have also approved the Bill as proponents move to close the deal in record time.

All the 114 MCAs in Nairobi also voted to endorse the proposed plans to change the constitution through a referendum.

With 11 counties having endorsed the Bill, only 13 are needed to reach the magical number of 24.

It seems President Uhuru Kenyatta’s trick to give a Ksh 2m car grant to MCAs is working wonders.

The car grant has been interpreted as a small bribe that Uhuru gave MCAs to get the job done. However, that is not entirely true as MCAs are endorsing the Bill because it will allow them to have a Ward Development Fund.

The Bill will also allow MCAs to join the County Executive as Governors can appoint them into the Cabinet.

It is now a matter of when and not if we will have a referendum as 24 county assemblies are likely to have endorsed the Bill by end of next week.

Interestingly, none of Key Mt Kenya and Kalenjin county assemblies have deliberated on the Bill. So far, only Baringo MCAs voted against the Bill.