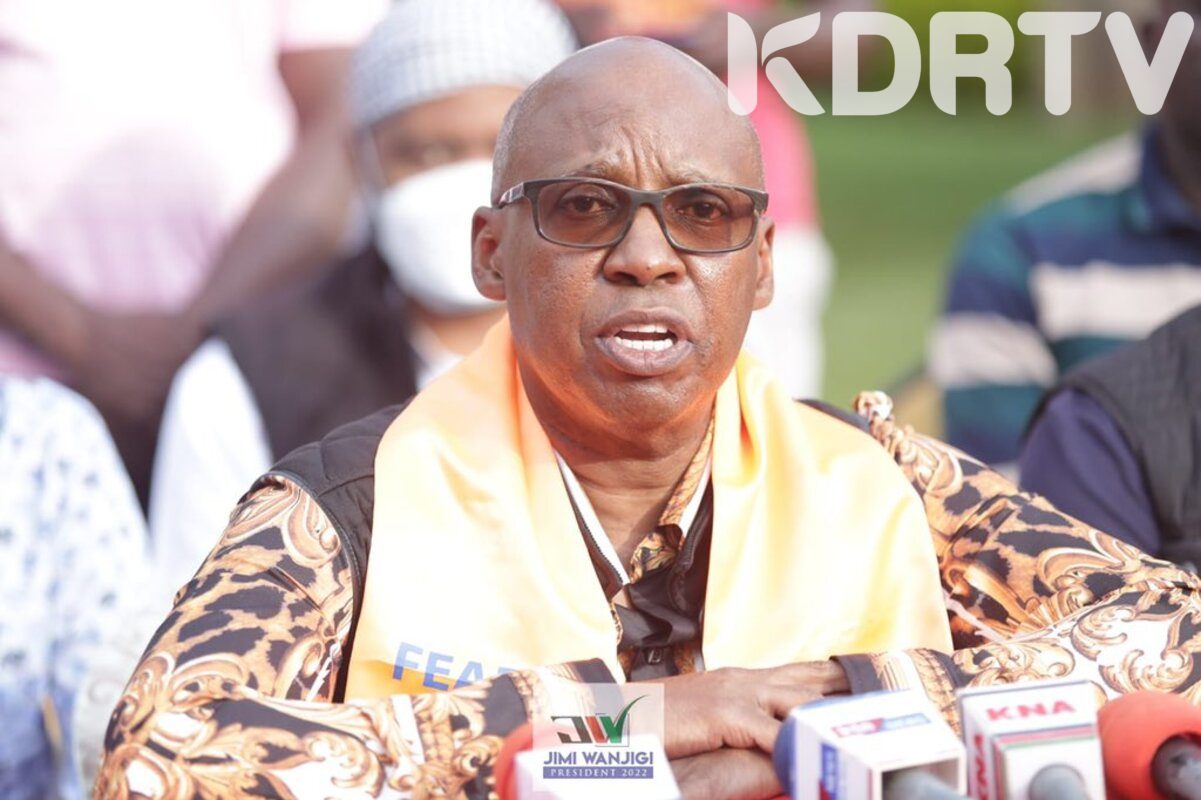 Safina Party presidential aspirant, Jimi Wanjigi, was recently disqualified over his academic papers. However, he later came and claimed he is undertaking a master’s degree at Daystar University.

In a statement, Jimmy Wanjigi claimed that he was a graduate of a Nairobi-based university. Further, Wanjigi noted that the issue of his graduation had been sorted out by the Commission of University Education (CUE).

Wanjigi had previously failed to provide his degree certificate. He, however, added that he is also doing a master’s degree in diplomacy at the same school.

“I am a graduate and I am in fact doing a master’s in diplomacy now at the same school. I have graduated and that is not in question. What we need to ask ourselves is if there is a court order on what graduation is.’’ adding;

“Why is the IEBC changing its goal post when it comes to Wanjigi?” he posed. Nonetheless, Wanjigi added that they had until June 9th to file their complaint as Chebukati had before barred him due to lack of a degree certificate.

“We have until June 9 to lodge a complaint before the IEBC tribunal and from there we are sure they will enforce a court order that is already in place,” he added.

“We have allowed others who have problems with signatures to harmonize, and we can also allow you in the remaining hours to do so. But you must bring a physical copy of your degree certificate before I clear you,” Chebukati stated.

“If you have finished your education and have gotten all the transcripts, the university has concluded you and given you a completion letter, it is as good as having a degree. CUE has written to the IEBC confirming this and at that point, the commission has no option but to clear you because they have to recognize it,” stated Willis Otieno.