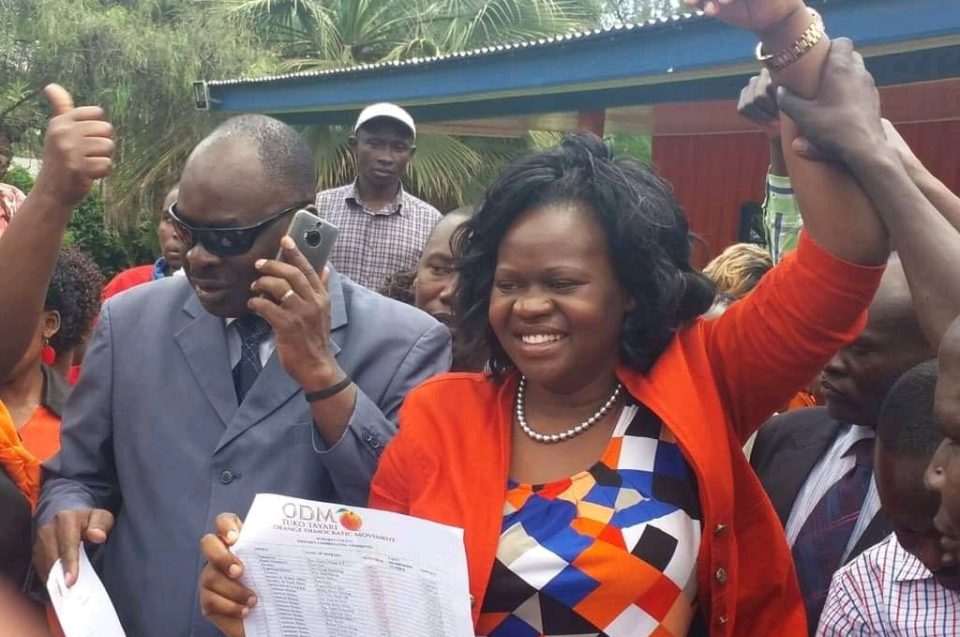 The Orange Democratic Movement (ODM) has issued Gladys Wanga with a direct ticket ahead of the August 9 general elections.

This comes after 7 ODM contestants shelved their ambitions to support Wanga for the gubernatorial seat.

Wanga will be deputized by former MP Oyugi Magwanga according to ODM leader Raila Odinga.

” Out of the seven Contestants who were here they all agreed to step down and back mheshimiwa Gladys Wanga as the party candidate in homabay county gubernatorial race.” Raila Odinga stated. 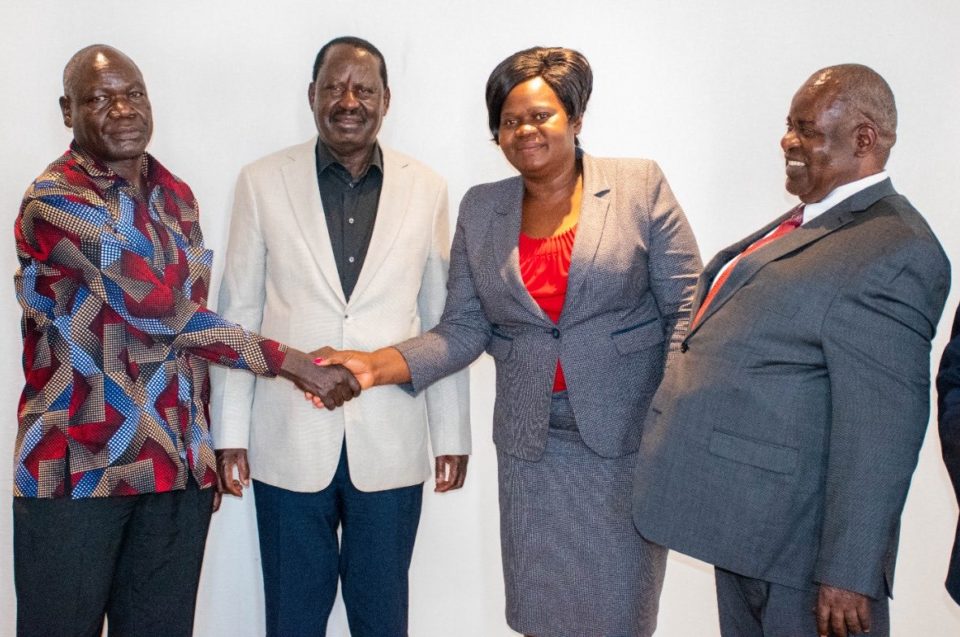 Among the politicians who dropped their bid to support Wanga include ODM party chairman John Mbadi.

The development comes few days after the Orange Party clarified its position on direct nominations for the party’s candidates.

According to the party’s National Elections Board (NEB) head Catherine Mumma, the direct tickets would be issued based on popularity.

Mumma stated that single candidates in each electoral district who appear popular in a party survey will receive direct nominations.

She went on to say that direct certificates would also be given to applicants who were chosen by consensus.

“We shall only issue direct nomination certificates to single candidates in every electoral area, those who appear popular as per the opinion polls conducted by the party and those who will have been agreed on after the process of consensus,” she said.