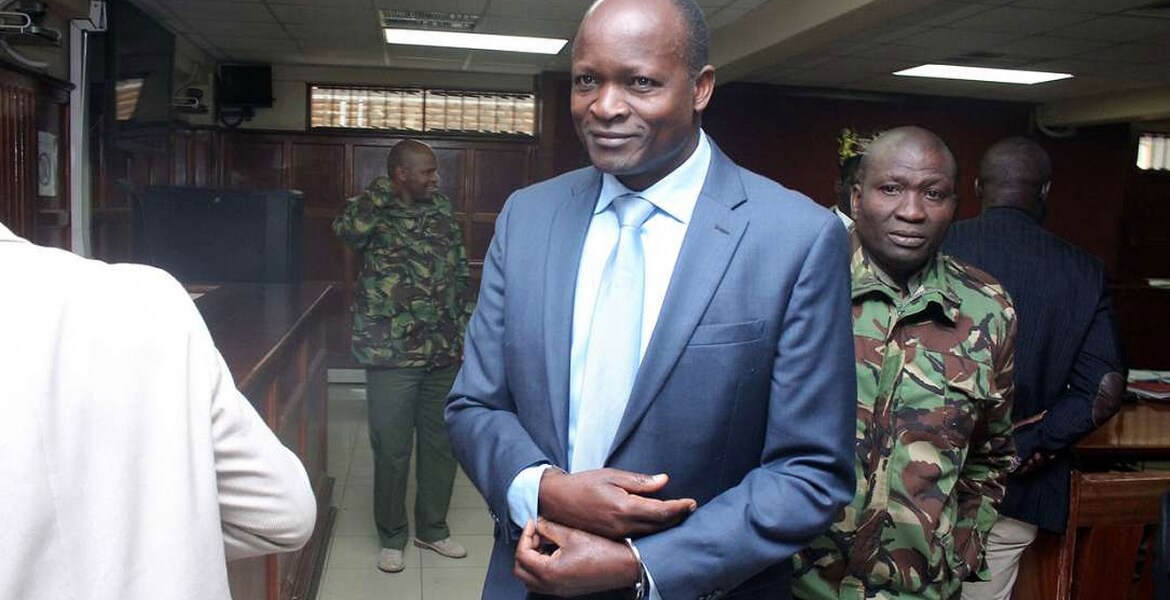 (KDRTV) – Governor Obado was arrested yesterday with his daughters and other associates for the loss of 73.5 million shillings. He was detained yesterday after three hours of grilling by Ethics and Anti-Corruption (EACC) officers in Kisii. The governor had surrendered himself at the EACC offices in Kisii to avoid being arrested in his office or home which would have been humiliating.

Governor Obado arrived at the EACC offices at around 8.30 am accompanied by his children, relatives, aides, and some county staff. The DPP had been conducting investigations into allegations that the governor received a total of 73.5 million shillings indirectly from companies that traded with the county government during his first term in office.

Governor Obado is an ODM member and it has been interesting to see what they will do now that Obado is facing graft charges. The ODM party has been under fire lately for condoning corruption, something that goes against the ideals of the party that is known to be fighting graft and other injustices for years.

Their party leader, Raila Odinga, has been bashed for sanitizing corrupt leaders in the country and most Kenyans thought that governor Obado will undergo the same sanitizing process but that will not happen because the Orange Democratic Movement (ODM) Secretary-General, Edwin Sifuna, revealed that the Raila Odinga-led party will not defend Obado over his corruption charges.

He said that the party will not support him in any way or conduct prayers for him just like Tanga Tanga did for the convicted Sirisia member of parliament John Walukhe. Sifuna was responding to a fiery reply from Deputy President William Ruto who accused ODM Party Leader, Raila Odinga, of doublespeak.