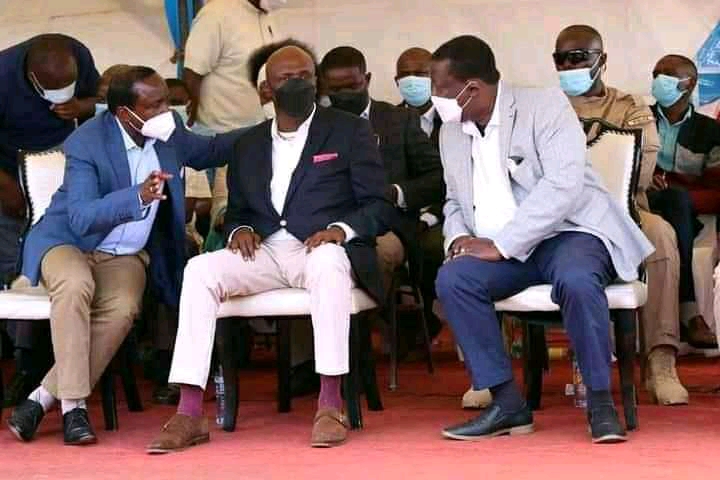 One Kenya Alliance (OKA) chief partners have landed at Salt Lake Hotel in Taita Taveta for a one-day tour of strengthening OKA’spolitical muscles ahead of 2022 general election.

The charged OKA squad will kick off their campaign rallies in Wundayi, Taita Taveta town with sequence of roadside stopovers in Voi and Taveta. One Kenya Alliance inventors have maintained that they will play their political cards safe and dribble the presidential ball to the ballots. Although they (OKA) are yet to declare their 2022 candidate, but they have toughly insisted that they will not succumb to pressures and bow down to support a certain candidate in 2022.

Orange Democratic Movement (ODM) party leader Raila Odinga, on the other hand, is currently holding meeting with ODM leaders in Nairobi ahead of the grand heroic event on Friday, 10th December, where he (Raila) is expected to lay the facts in white and black on whether he will throw spanners in the works and join Uhuru’s succession race.

DP Ruto believes that injecting financial boost to small scale business enterprises and proprietors will aid in expanding the businesses and ride a plan of creating jobs to millions of unemployed youths across the country.

Recently, DP Ruto’s hustler nation has received unwavering base support from President Uhuru Kenyatta’s backyard with hundreds of influential and heavyweight legislators deflecting to Tangatanga which they strongly believe will save their political career after the disintegrating Jubilee’s fall.