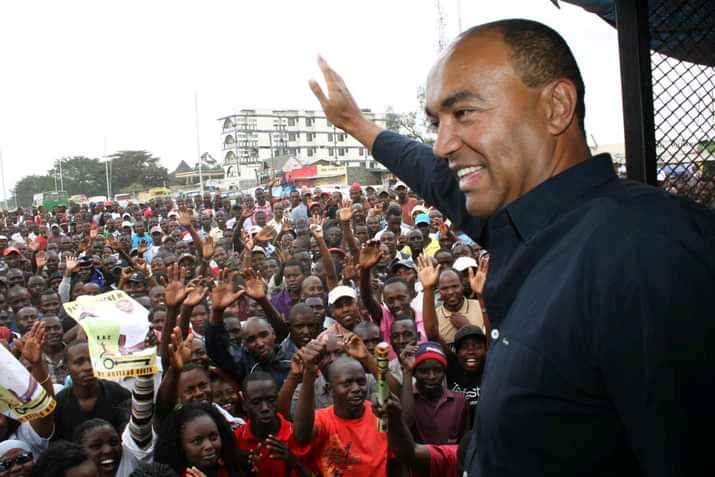 Peter Kenneth was flanked with a battery of Handshake allied legislators to convey the message of peace and unity while at the same time softening the ground for the former prime minister Raila Odinga’s presidency.

“We must be in the government and the only outfit that will lead us to state house is Raila’s Azimio la Umoja. Don’t be deceived by the wheelbarrow narrative trying to hoodwink into voting for them and once they occupy those public offices, they abandon you” Peter Kenneth said.

This emerges a time when several political pundits have placed bets on Peter Kenneth deputizing Raila Odinga owing to the fact that the rich-vote Mt Kenya region ought to pitch a Deputy President in the next year’s race.

Although other controversial opinions have settled on Agriculture Cabinet Secretary Peter Munya, but the recent political developments have exposed that Kenneth who has been consistent in accompanying Raila to political rallies might be the correct bet.

The former Nairobi Governor aspirant is yet to declare his political space in 2022 general election.

Jobless Kenneth Gets Endorsement for Government Position by Raila.