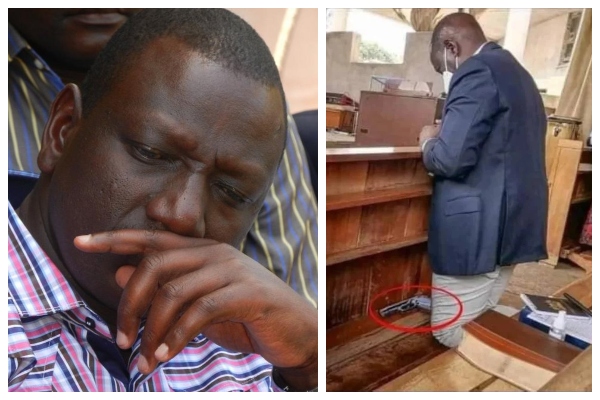 A photo currently doing rounds on social media of Deputy President William Ruto in Church with a gun is fake.

The photo, which started doing rounds on Facebook yesterday, shows the deputy kneeling down praying with a gun just next to his knees.

The doctored image was shared in several groups on Facebook some with as many as 1 million followers claiming the DP was spotted with the gun recently during a church service.

“A gun on one hand and a Bible on the other hand, that is how our forefathers lost their freedom, their land and it took blood to regain it. 60 years on, we have a terrorist guarantor who never misses a verse to quote.” read the caption 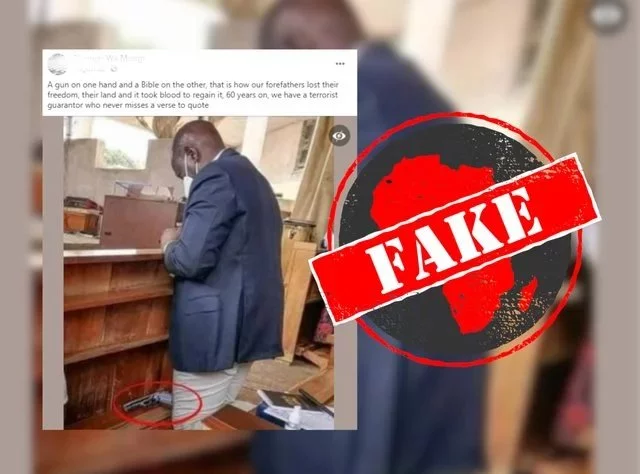 The photo is from August 2021 when Ruto attended a church service at St. Michael the Archangel Catholic Church, Langata, Nairobi County.

In the original photo, Ruto is seeing kneeling for prayers. 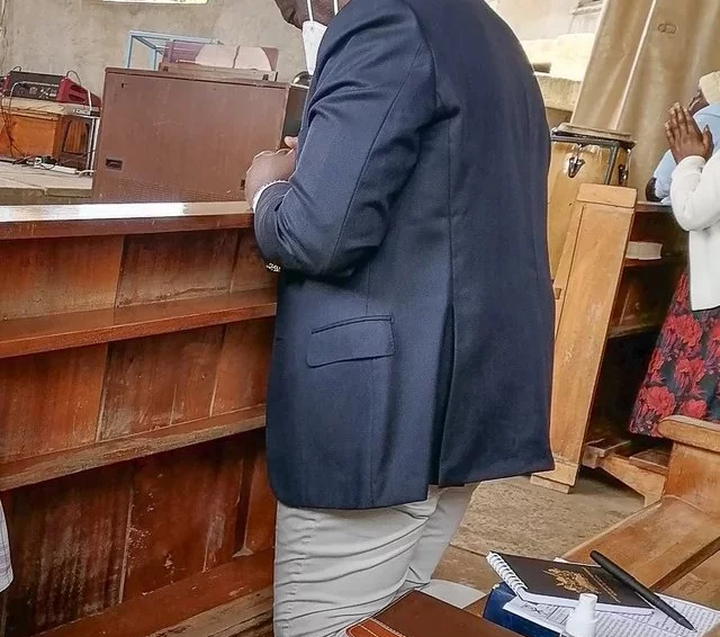 Original photo of Ruto in Church.

As elections near, such cases are expected to rise and the government has warned Kenyans to be careful before sharing anything online.

Recently, Murang’a Senator, Irungu Kang’ata was forced to debunk a trending video doctored to show that he was drunk during a senate live session.

The video was reported by the Star Newspaper who later offered an apology saying they did know it was edited.