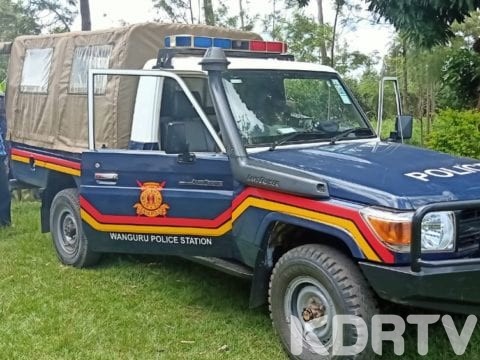 A female police officer was on Friday stabbed to death by husband before he took away his life by committing suicide in Kianyaga Trading Center in Gichungu Constituency, Kirinyaga County.

Upon arrival at the officer`s house at Kianyaga police line, the colleague knocked on the door but received no response.

She later peeped through the window and saw someone lying on the floor and thus he immediately alerted other colleagues.

The officers arrived and broke the door and found Wanari lying on the floor in a pool of blood, after having been stabbed for severally with a kitchen knife.

The 40-year-old husband who was a butcher was also found hanging from the roof with a piece of cloth around his kneck.

The husband also left behind a suicide note which the police reported that contained details connecting the deceased wife with infidelity.

According to the neighbors, the incident was a shock to them since they have known the couples to be peace-lovers in their entire lives.

The remains of the couples were taken to Kibugi Funeral Home in Kutus.

Of late, the cases of murder and suicide has escaleted in the discpline forces in Kenya