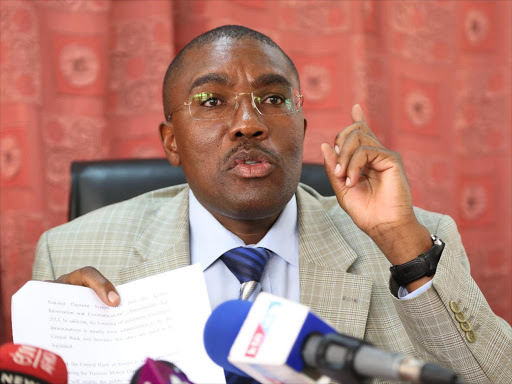 The former legislator told NTV on Monday, February 21, that the Jubilee deputy party leader has 70 to 75 percent support in Nyeri County.

“If you do an analysis of a random survey, out of 100 people in Mt Kenya region, 70 percent of them or about 75 in Nyeri and areas surrounding Nyeri support Deputy President William Ruto,” the former MP stated.

According to Kabando, DP Ruto’s influence in the Central region grew because of President Kenyatta’s disregard of the mountains people who voted for him in the 2013 and 2017 presidential elections.

In a recent interview with JKL live, the former MP lauded William Ruto’s camp, stating that the hustler message resonates strongly on the ground, implying that the deputy president would easily defeat Raila Odinga in a presidential election.

“Today, you may not like William Ruto but his messaging is resonating on the ground,“First, it is a failure by the president by not addressing issues in his own backyard. Secondly, those close to him are now parading themselves as a community to make demands,” Kabando remarked.

With 6 months remaining before elections, Raila Odinga and William Ruto are camping in the Mt Kenya region in a bid to get the multimillion votes from the area. According to political analysts, whoever gets most of the Mt Kenya votes stands a chance of succeeding President Uhuru Kenyatta.

Subscribe to watch latests videos
In this article:Kabando wa kabando