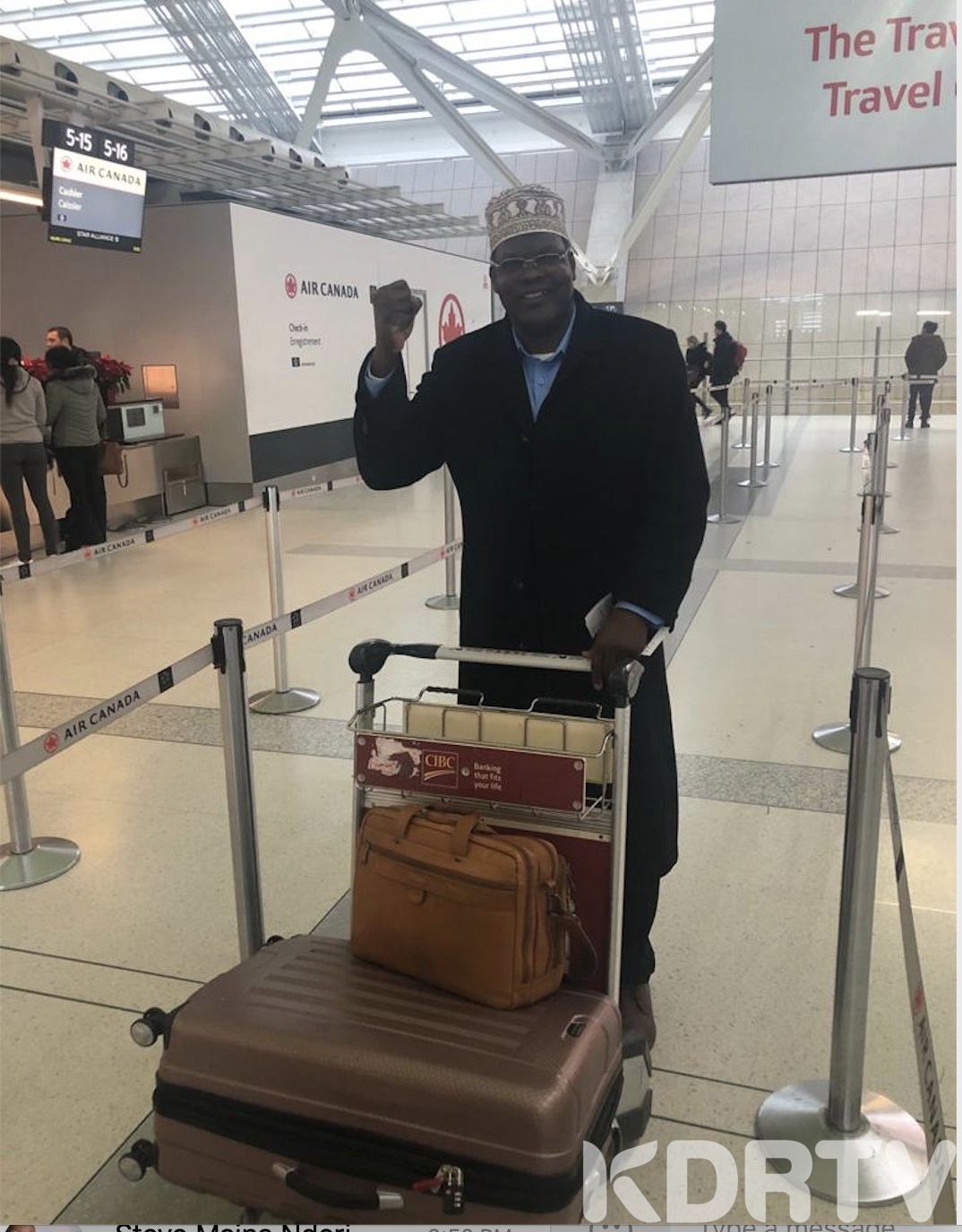 (KDRTV) – Self-proclaimed NRM General Miguna Miguna may have to postpone his long-awaited homecoming after Germany Authorities blocked him from boarding a Kenyan bound flight at the Frankfurt Airport on Tuesday morning.

Miguna was scheduled to board a Lufthansa flight at 11:20 AM (German time) and arrive in Nairobi at 9;25 PM tonight.

My flight departs from Frankfurt and arrives at the JKIA, Nairobi, on Tuesday, January 7, 2020 at 9:25 p.m., as scheduled, God willing. There is no change. Pursuant to Justice Korir's ORDER of January 6, 2020, I will and must enter Kenya UNCONDITIONALLY as a Kenyan. See you soon! pic.twitter.com/MF3jOdNr7I

But a few minutes after 8 AM, the General informed his lawyer Dr John Khaminwa that he had been blocked by authorities from boarding the plane.

“We have just received a call from Miguna that the German authorities have stopped him from boarding the plane because the Kenyan government has not communicated with them at all,” Khaminwa is quoted to have said.

The lawyer further said he had reached Kenyan Authorities in an attempt to solve the stalemate before the flight departs.

According to Journalist Robinson Njogu, German authorities cannot allow Miguna to board a flight to Kenya or any other African country because there is a red alert on his head.

“Miguna barred from leaving Berlin Airport after a red alert was issued saying he cannot board the flight to JKIA or any African country,” Njogu said on social media.

Miguna barred from leaving Berlin Airport after red alert was issued saying he cannot board the flight to JKIA or any African country.

When he was controversially deported in March 2018, the government of Kenya declared Miguna a threat and issued the red alert at international airports. It seems the alert has not been lifted.

This is despite the government announcing on Monday that it would obey the High Court’s order to facilitate Miguna Miguna’s entry into Kenya.