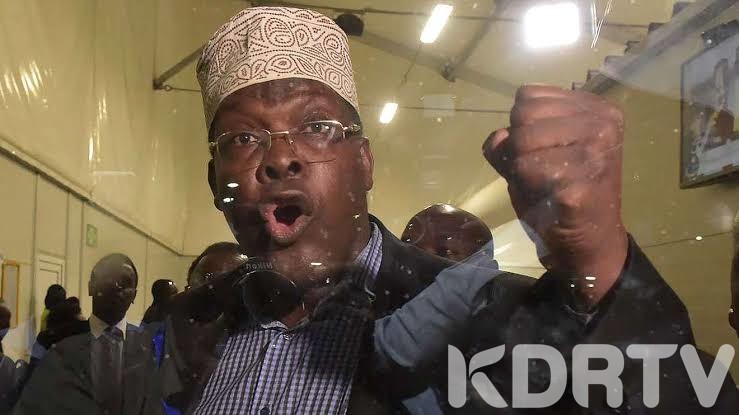 (KDRTV) – The Office of the President through the Immigration Department has announced that it will comply with a High Court Order to facilitate the return of lawyer Miguna Miguna.

The High Court on Monday directed the government through the Ministry of Interior to allow Miguna back into the country using his Kenyan Passport or National Identification Card.

“An order be and is hereby issued, that pending and following the inter-partes hearing of the Application, compelling the Respondents to facilitate entry of the Petitioner into Kenya on January 7, 2020 or any other date appointed by the Petitioner on the basis of his identification through the use of his National Identity Card, or his Kenya Passport in the form and state it was delivered by the Respondents to the High Court Registry pursuant to this Court’s Order,” reads part of the orders issued by Justice Weldon Korir.

The court also directed the government to issue the controversial lawyer with his Kenyan Passport. Miguna’s lawyer Dr John Khaminwa has also been allowed unhindered access to the politicians immediately he lands at JKIA.

Immediately the order was issued, Alexander Muteshi, the Director-General of Immigration, send a statement to newsrooms saying they will comply with the court order.

‘This is to confirm that in compliance with court orders issued on December 14, 2018, the Directorate will facilitate Dr Miguna Miguna’s entry into Kenya,’ reads part of the statement.

Miguna announced on Sunday that he has started his journey back to Kenya, more than 20 months since he was controversially deported after swearing-in ODM leader Raila Odinga as the people’s president on January 30, 2018. He is expected to land on Tuesday at 9;30 PM.

Last week, President Uhuru Kenyatta hinted that Miguna would be allowed back into the country,

“I have heard that some people are now planning to fly into the country. Let them come because that is their freedom,” Uhuru said during the burial of Charles Rubia on December 30.