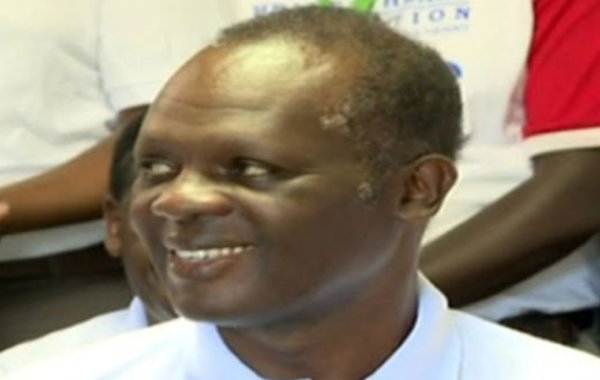 (KDRTV) – Jubilee Party Secretary-General, Raphael Tuju has been keeping a very low profile of late. He only made a public appearance recently when he was giving his remarks in relation to DP William Ruto’s relationship with the distasteful utterances of some Members of Parliament allied to the Tangatanga wing.

Johana Ng’eno who is the Member of Parliament for Emurua Dikirr Constituency and Oscar Kipchumba Sudi of Kapseret had made some comments that Tuju considered disrespectful towards women and he had to respond.

“You need to stay away from politics and eat lots of fruits because clearly from the look of things, you are sick”, Sudi told him after his presser.

True to Sudi’s sentiments, Tuju looked weak. He also seems to have lost a lot of weight. The strong handsome looking politician that was once a KTN TV news anchor looked fragile. He seems not to be doing very well health-wise.

Earlier this year Raphael Tuju was involved in a horrific road accident at Kijabe along the Nakuru-Nairobi Highway. The crash happened while he was headed for Kabarak to attend Late Former President Moi’s funeral. The car he was driving, a Toyota Prado came head-on with a PSV. The Jubilee Secretary-General had to undergo emergency surgery after which he was evacuated to Nairobi for further treatment.

“I thank God that I’m alive today. I would also love to thank the doctors for taking good care of me. I’m now even able to go to the toilet by myself. Those guys took a huge risk by taking me out of the life support machine when I had to be taken to London for further treatment “, said the eloquent politician.

It looks like Tuju has not fully recovered from the accident and he is still recuperating. We can only wish him the quickest recovery so that he gets back to the political arena.