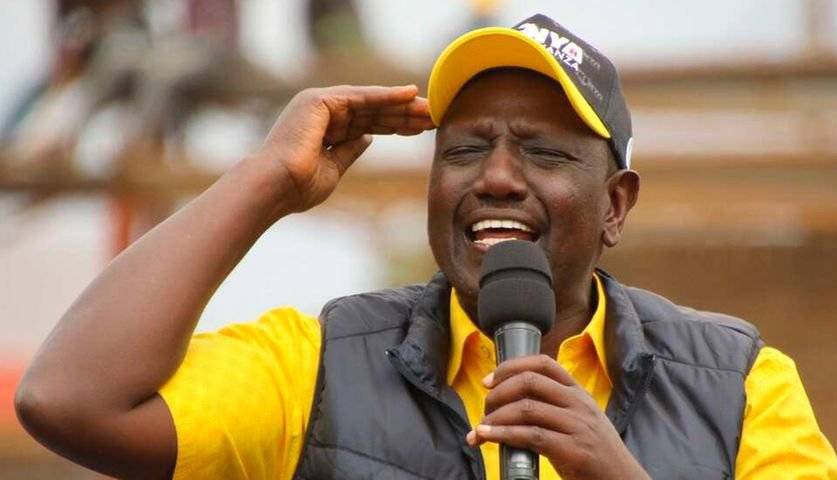 Kenya Kwanza Presidential flag bearer has said that he is ready to have talks with Azimio’s Raila Odinga after the August 9 general elections.

Speaking in Nyayo Stadium on Saturday during Kenya Kwanza’s last Rally the DP stated that he is ready to discuss the role Raila will play as he serve in the opposition.

The DP ruled out a handshake like that of President Uhuru Kenyatta and Raila had, arguing that a strong opposition is necessary to hold the government accountable.

“My brother, I am ready to have a cup of tea with you after the August elections and agree on the role you will play. But I am not ready to the kind of arrangement you had with Uhuru five years ago that disrupted our government,” Ruto said.

Raila who was holding a rally at Kasarani Stadium said that he is ready to shake hands with his competitors if he wins or looses the Tuesday’s general election.

“I want to assure Kenyans that I will continue with this handshake doctrine, the doctrine of unclenching the fist. For the sake of Kenya, I will shake the hand of my rivals and pay the political price if I have to,” he said.

The Azimio leader reaffirmed his confidence in Martha Karua being his deputy and reminded Kenyans of her critical role in the country’s second liberation.

“I also want to thank my fellow compatriots in the struggle. Thank you for keeping the faith,” he stated.

“The battle is hardest when victory is nearest. Get ready my dear Kenyans and keep the spirit – aluta continua. Next Tuesday, all Azimio followers have to be at their polling stations by 6 am to cast their votes,” He added.