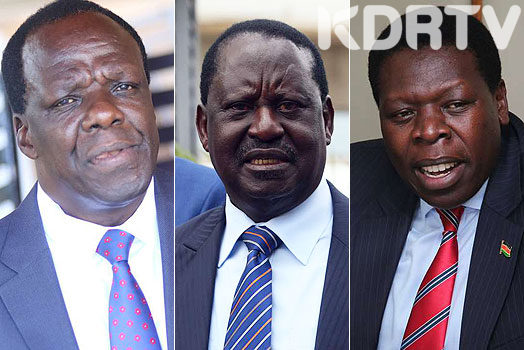 Besides that Raila has promised the region seven Principal Secretaries, five Chief Administrative Secretaries, 12 ambassadors, and 10 parastatal board chairpersons if he wins the August 9 polls.

Apart from that, Raila has already declared that Kenneth Marende, the former Speaker of the National Assembly, will take over as Speaker of the Senate.

Raila intimated that Eugene Wamalwa will keep his Defense Cabinet Secretary role while campaigning in the region, a move intended at galvanizing the region’s roughly two million voters.

Aside from positions, the former Premier promised to launch big infrastructure projects in the five counties of Busia, Kakamega, Bungoma, Vihiga, and Trans Nzoia in an effort to counter Ruto’s pact with Amani National Congress leader Musalia Mudavadi and Ford Kenya’s Moses Wetang’ula.

DP William Ruto had pledged to allocate 30% of his government to the region if he wins the August 9 election. The purpose of the pact was to convince Mudavadi and Wetangula to join Ruto’s Kenya Kwanza camp. The pair was tasked with securing 70% of the vote in the Western region.

The move by Raila Odinga might deal the Kenya Kwanza a huge blow in the region as Raila has majority of support from the Western Kenya region basing on the last two general elections.