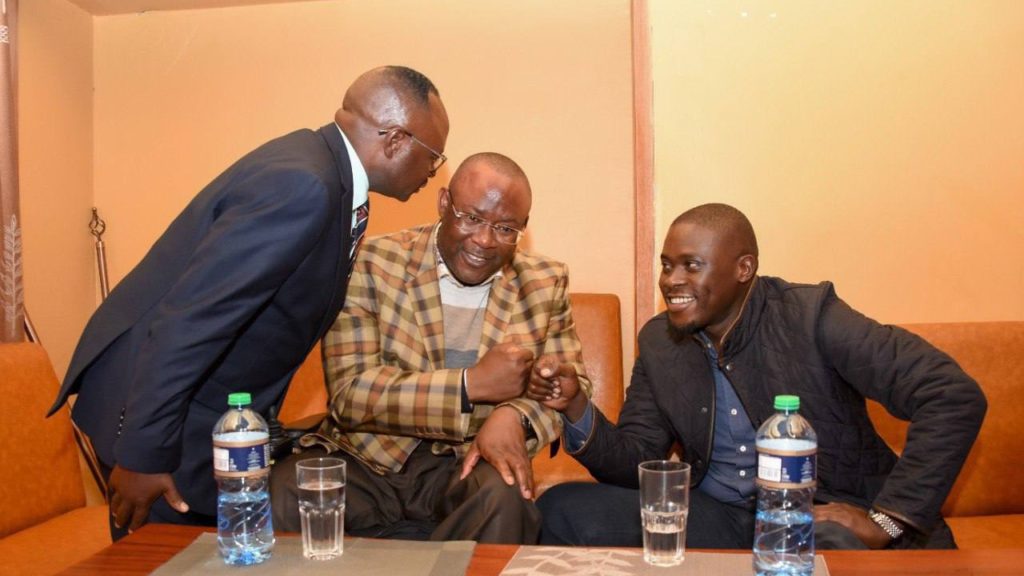 Nairobi Gubernatorial aspirant Johnson Sakaja has revealed that he is in talks with Westlands Member of Parliament Tim Wanyonyi.

This is after the Azimio la Umoja- One Kenya Alliance settled in Polycarp Igathe to run for the Nairobi governorship a seat Tim Wanyonyi was also interested in.

Speaking at the Hustler Center on Wednesday April 27, Sakaja said that he held talks with Wetangula’s younger brother regarding joining forces ahead of the August 9 general elections.

The Nairobi Senator stated that he has met with the legislator on multiple occasions and that their teams are currently discussing the topic, with the deal’s terms expected to be finalized shortly.

He also stated that despite their political differences, they have committed to work together to ensure their agenda benefits the people of Nairobi.

“From the polls and statistics, he was my closest competitor but when we sat together after he was replaced by someone else, I sympathised with him and agreed to work together,” Sakaja said.

“Our teams are working together and more details will be out in due course. The vision for our great county and having what is in your heart done is important.” he added.

Should the two join forces they will give Polycarp Igathe a tough time ahead of the August 9 elections.

Raila and his team have been counting on the two-term legislator’s Luhya votes and influence in the city to get support for their nominee.