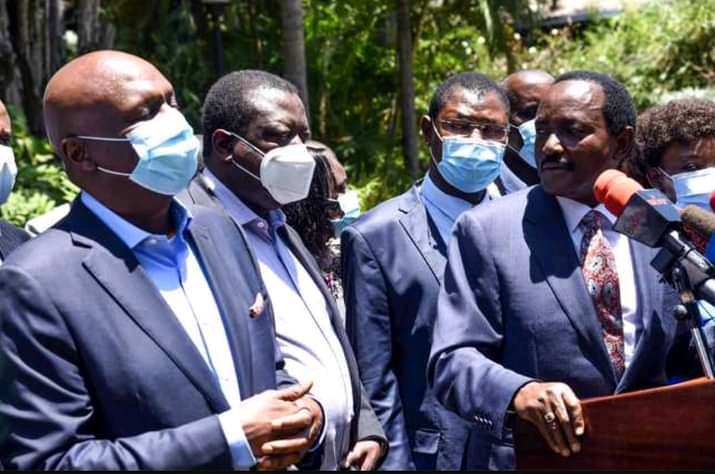 The bill is highly made to ensure that political parties that decide to work together in a coalition ought to submit their pre-election agreement to the Office of the Registrar of Political Parties six months before the general elections.

However, Amani National Congress (ANC) party boss Musalia Mudavadi had vowed to rally the ANC allied legislators in the National Assembly to team up with DP Ruto’s Tangatanga MPs to shoot down the bill citing that it is only purported to coarce One Kenya Alliance outfit to unveil their candidate ahead of 2022 general election.

According to Kalonzo, the Wiper Party fully supports the motion and has hinted that the umbrella allied lawmakers will team up with ODM and Jubilee allies to pass the bill.

“Wiper party fully supports the bill. We shall team up with other like-minded legislators in both houses to pass it” Kalonzo told Nation.

“We are really supporting the bill and our MPs will endorse the bill” he said.

This has exposed the sharp division in One Kenya Alliance between Mudavadi’s ANC and Kalonzo’s Wiper despite the looming plans to front a presidential candidate in 2022 being at the heart of OKA outfit.