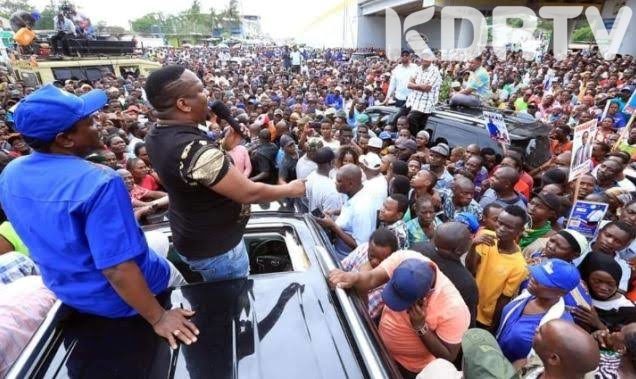 Earlier today, Sonko’s convoy was attacked by violent youths during the Azimio really in Mkomani Mombasa.

As Sonko was trying to make his was In the rally, the youths attacked his convoy. attacked while making his way to the venue. The police had to fire and disperse the crowd. 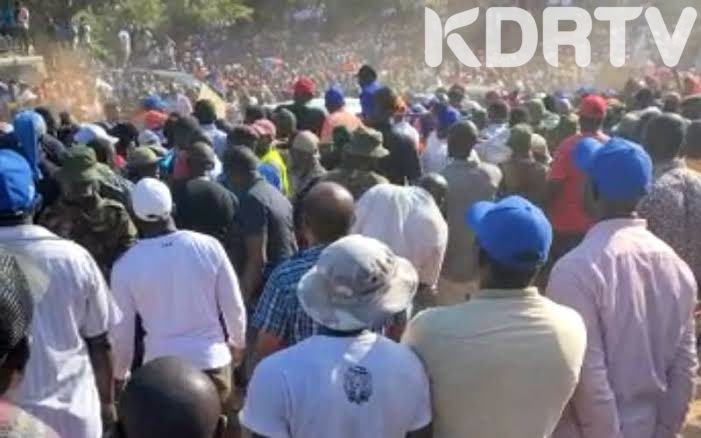 The master of ceremony begged the rowdy youths to terminate the conflicts and allow the rally to continue.

Subsequently, Mike Sonko decided to flee the rally after the crowd turned against him.

Recently, sonko had announced that he would join the outgoing Mombasa Governor, Hassan Ali Joho, and Mvita Member of Parliament, Abdulswamad Shariff Nassir, at the event.

He had earlier stated that he will be present at the Azimio rally since his party Wiper, is backing Raila Odinga.

Sonko’s decision to join Mombasa gubernatorial seat met with different reactions as he was placed the second with 28 per cent in popularity poll.

Nonetheless, the Independent Electoral and Boundaries Commission’s (IEBC) Abdi Guliye noted that the Commission would be contemplating on the matter of Sonko vying for Mombasa gubernatorial bid.

Consequently, a man had claimed that Mombasa Governor aspirant Mike Sonko had allegedly visited the wrong grave. Sonko was praying at his late mother’s grave in Kikolowani grave site.

Also read Sonko Accused of Mourning in the Wrong Grave

“This is my mother, Mariam Ali’s grave. She was buried here seven years ago,” said Aboud.

“Let Sonko look for his mother’s grave. It is not this one,” said a tearful Aboud.

He was later summoned when he made false allegations. Additionally, action will be taken against him.