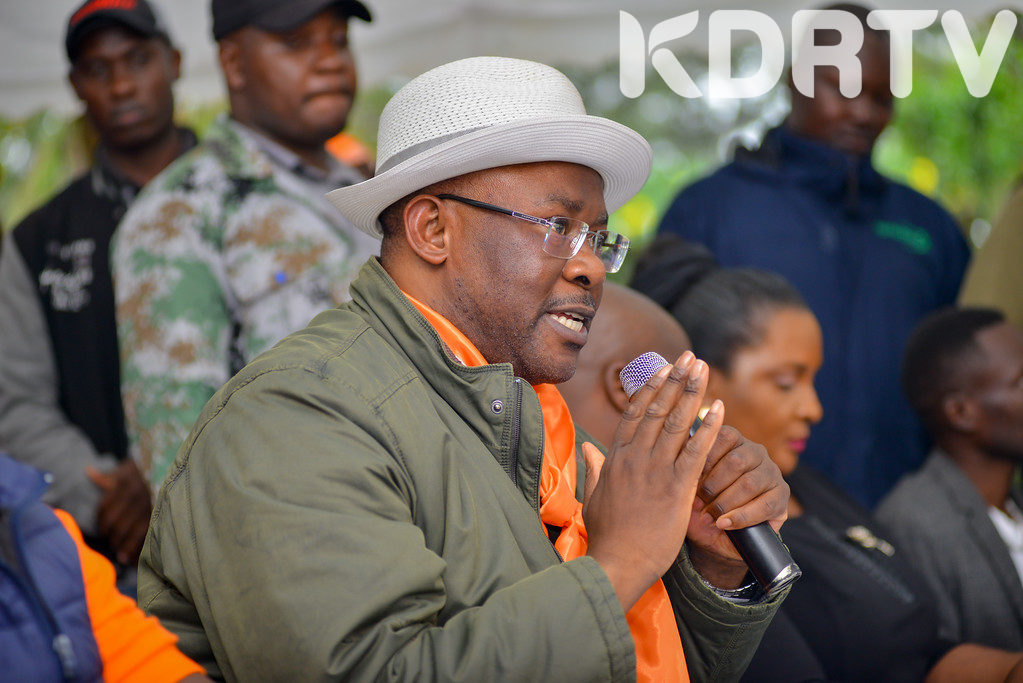 Westlands member of parliament Tim Wanyonyi has come out to reveal why he bolted out of the Nairobi gubernatorial race.

Speaking on Sunday during a function in Westlands CDF offices Wanyonyi stated that he had to shelve his bid because ODM leader Raila Odinga had been given a chance to run for the top seat and he could therefore not be given the governor’s seat.

“Because of the arrangement of parties to work together, it comes along with its challenges. And it is due to those challenges that it was agreed that because ODM had been given the presidency, we had to relinquish the Nairobi Governor’s seat for Jubilee,” Wanyonyi said.

Wanyonyi went on to say that he will be running to retain his Westlands seat for another term.

“I have returned home and I have said we must sit down together and plan how we are going to move forward,” he stated.

Wanyonyi urged locals to support the ODM and Azimio Coalition parties during their campaigns.

The soft-spoken MP stated that he respects and follows Mr Odinga’s and President Uhuru Kenyatta’s guidance, that he will support their position, and that he will fiercely advocate for Nairobi candidates.

“I know there are those who are very angry about what happened recently but now I want to calm you down and tell you that I accepted the decision of our leaders because I held talks with President Uhuru and the 5th Raila Odinga and they assured me that our journey will continue but I put it on hold for a while,” he remarked.

Read Also: Sakaja Confirms He is in Talks With Tim Wanyonyi

Subscribe to watch latests videos
In this article:Tim Wanyonyi