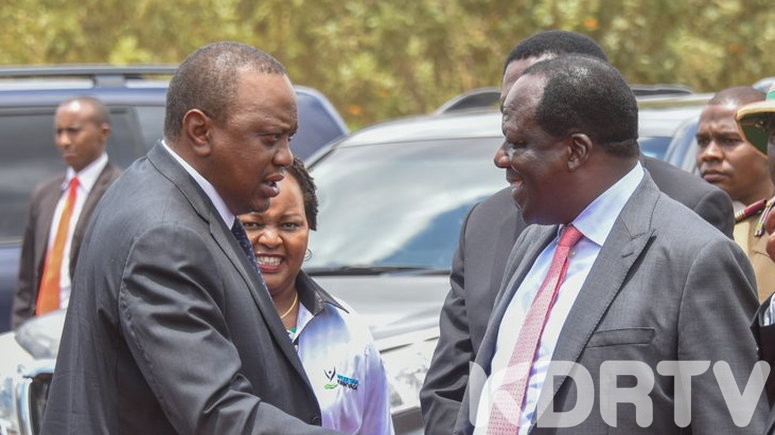 (KDRTV) – The Council of Governors (CoG) elections are set to further divide President Uhuru Kenyatta and his Deputy William Ruto.

The county bosses will hold elections today (Monday) to choose their leaders for the next one year.

It has emerged that President Uhuru Kenyatta is backing CoG Chair Wycliffe Oparanya to retain his seat for another term.

According to a local daily, President Kenyatta vouched for Oparanya, when he met a section of governors in Mombasa last week.

“It is a done deal that Oparanya will retain his position. The President expressed confidence in him and said it was important that we allow the status quo to remain,” a governor from Nyanza told the paper.

Ruto and Tanga Tanga leaning bosses were plotting to eject Oparanya, who is one of the key proponents of the BBI report, an initiative the DP is opposed to.

Mandera’s Ali Roba had been fronted as the possible replacement for Oparanya.

But Roba said he will not contest for the lucrative position and will back his Kakamega Counterpart.

“For the record, Governor Roba is not running for any position at the CoG and will throw his support behind Oparanya. He is not aligned to any other camp,”  Roba’s chief of staff Ali Ohito is quoted to have said by the Star newspaper.

It is not clear if Ruto’s camp decided to withdraw their candidate after getting intel that Uhuru is backing Oparanya.

Uasin Gishu Governor Jackson Mandago will contest for the Vice Chair’s position. The seat is currently held by Mwangi wa Iria of Murang’a who is one of the most vocal Anti-Ruto critics.