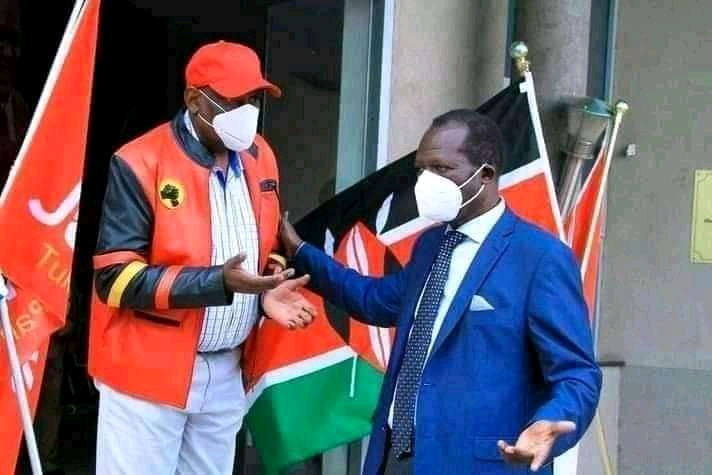 According to the notice issued by Jubilee Secretary General Hon Raphael Tuju, the National Delegates Conference seeks to review, formulate and approve all policies that will initiate fresh negotiation pre-election arrangements ahead of 2022 general election. The expected imputation of new policies into Jubilee party are fetched by the Tangatanga camp as the kicks of a dying horse following the internal push and pull struggles among the top leaders.

The conference will also consider amending the party constitution to enhance compliance with constitution of Kenya, parties acts, election acts among other notable laws.

The rules and regulations of the party will strictly be ratified that will see Deputy President William Ruto and his allied Building Bridges Initiative (BBI) critics to be excommunicated from the party by revoking their membership.

“The agenda of the NDC shall be; to review, formulate and approve the party constitution, consider to amend and ratify party constitution to ensure compliance with the Constitution of Kenya, political parties, elections act among other laws, amend the rules and regulations of the party and consider other matters referred to the NDC by the National Executive Committee or National Governing Council” the notice read 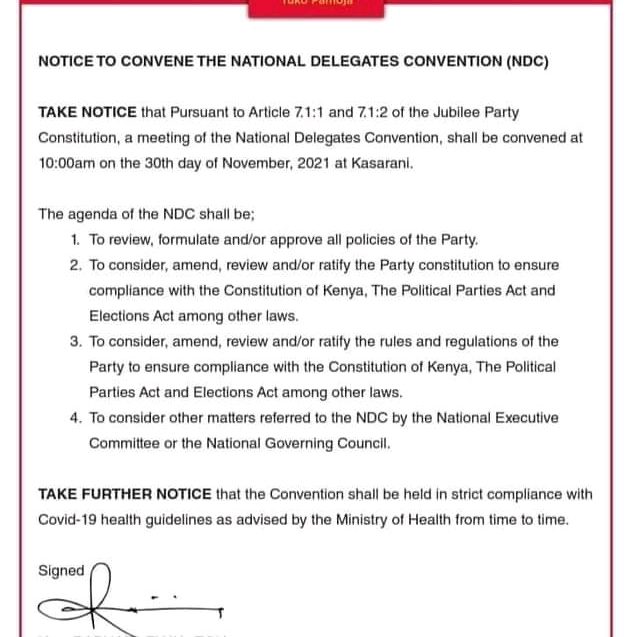 In his quick rebuttal, Ruto expressed confidence for having shifted from the ruling Jubilee party and opened a new political page in the newly formed United Democratic Alliance (UDA). He insisted that Jubilee party was on its deathbed and kicking him out will have zero impact to his political career.