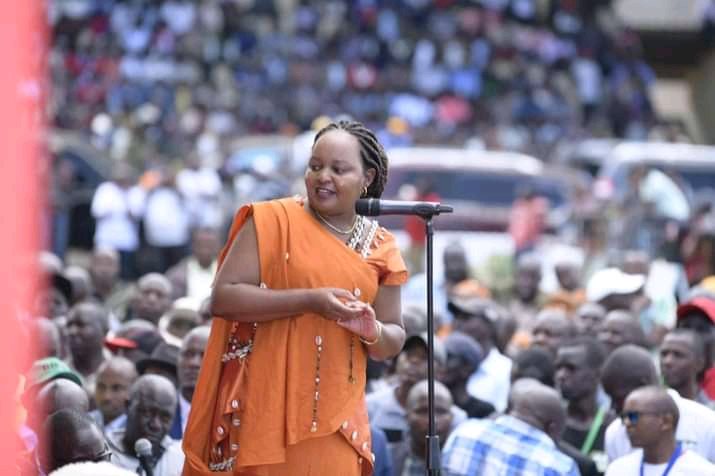 Speaking during aan exclusive interview on Tuesday 16th November hosted by the freelancer journalist Gerald Bitok, Waiguru informed that Kikuyu electorates will scarcely be swayed by the narrative of adhering to the region’s political influencers’ directives in voting for a certain candidate in 2022.

Waiguru affirmed that the ground had shifted from Jubilee era to Deputy President William Ruto’s hustler nation moment and any aspiring politician who plays his/her card improperly might end up languishing in political desperation.

“They (Mt Kenya voters) will tell you that this time round, they are the ones making decisions. They are deciding who is the governor, who is the president, who is the MP and they have said they will not be told. So we either comply or they send us home and perish politically” she noted.

She delivered a green light at DP Ruto’s bid by reiterating that Mt Kenya people owe Deputy President William Ruto a 10 year political debt of which they are obliged to accomplish their promises in 2022 and 2027. While indirectly dismissing Uhuru’s influence in 2022 presidential race, Waiguru hinted athat any candidate who will be imposed on Kikuyus by president Uhuru Kenyatta will terribly lose to DP Ruto.

“We promised we will deliver because we don’t have a bad name, we will not be known that we are just using people. That people become bad after they have helped us. We will be just and fair” she added.

This jointly emerges after the disquiet murmurs have been wobbling at the centre of the current parties merger discussion that the head of state president Uhuru Kenyatta is fronting ODM party leader Raila Odinga’s bid behind the scene.

Kikuyus Will Vote for Ruto because he is a thief, Just like them – Mutahi Ngunyi