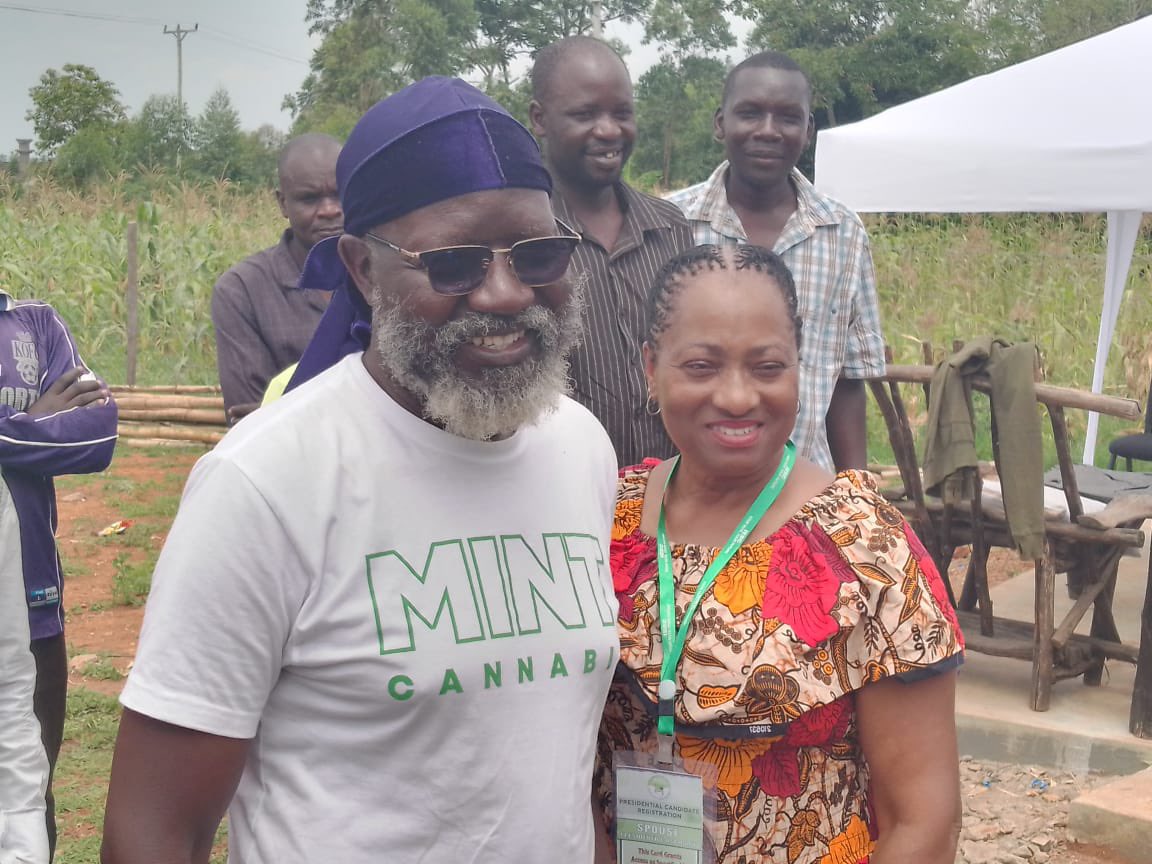 Root’s party presidential flag bearer George Wajackoyah’s wife Meller Luchiri today expressed her dissatisfaction with the IEBC voting process after her husband failed to vote.
Speaking at Indangalasia Primary polling station in Matungu constituency, Meller accused the electoral body of mischief.
Meller questioned why the Independent Electoral and Boundaries Commission (IEBC) did not prepare in advance to prevent last-minute hiccups that would have prevented certain voters from exercising their democratic right to vote.
“I was not really expecting this. It is very disappointing for machines not to be working on the day that is most important to the lives of Kenyans,” Meller stated.
“However, no weapon formed against us the people of God and the people of Kenya shall prosper.” She added.
Meller urged Wajackoyah’s supporters to remain calm as the IEBC looks for a solution to fix the problem.
“So you all remain vigilant, cool and calm and we will see this thing to the end,” she stated.
According to IEBC officials in Matungulu the KIEMS kits had stopped working hence nobody could vote.
“You would have started from here. But we are experiencing a challenge. The problem is with the machine. There is nothing we can do (now). We have communicated to the headquarters, and they said they are coming. If it is okay, voters will be given their 11 hours from the time we start,” an IEBC official told the Roots party leader.
Wajackoyah also expressed his disappointment on the electoral body allegeing that his strongholds had not yet voted.
“I am very disappointed. Most of my strongholds have not voted. Why in my strongholds?”
“Why could they not test the kit, or do they want us to go to court? I was to fly back this afternoon but now I have to buy another ticket,” said Wajackoyah

Also Read: What Ruto said after Casting his vote in Kosachei, Sugoi

Subscribe to watch latests videos
In this article:Professor George Wajackoya