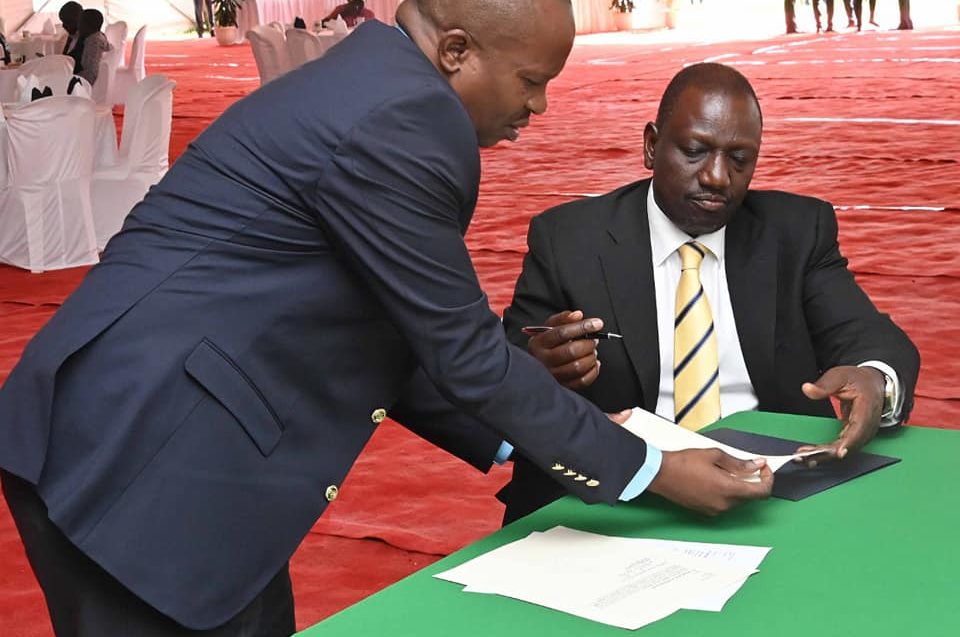 Kenya Kwanza presidential flag bearer DP William Ruto has made a major turnabout on an earlier pledge to abolish the competency-based curriculum (CBC).

Insiders claim that the choice was made in order to protect learners who are currently enrolled in the system and to prevent further misunderstanding.

A committee that worked on the education-related proposals also told the DP that eliminating the CBC would be expensive for both the government and the parents.

According to DP, CBC is good but the KKA administration would examine the curriculum to take the views of the public into account.

He said that because Unesco’s recommendations have been in effect for five years, the evaluation is in line with them.

The current stance is a significant change from earlier statements made by other KKA leaders that the CBC will be eliminated and the 8-4-4 system would be restored.

The hybrid system, according to Dr. Ruto, will combine knowledge, competencies, abilities, and values. He stated that access, relevance, affordability, and quality would be prioritized.

The CBC replaced the 8-4-4 system, which had been in use since 1985, in 2017. Its implementation has been met with conflicting reactions from parents, teachers, and other stakeholders.

There have been complaints concerning the cost of educational materials, the training of teachers, the transition between levels, and the lack of infrastructure.

The DP also pledged that, if elected, he will create a virtual Open University of Kenya within the first 100 days of his government. In a cost-effective manner, the university would be less expensive, more accessible, and provide more chances to senior citizens.

Dr. Ruto stated that he would implement “targeted funding” for university courses, in which courses with personnel would not be sponsored.