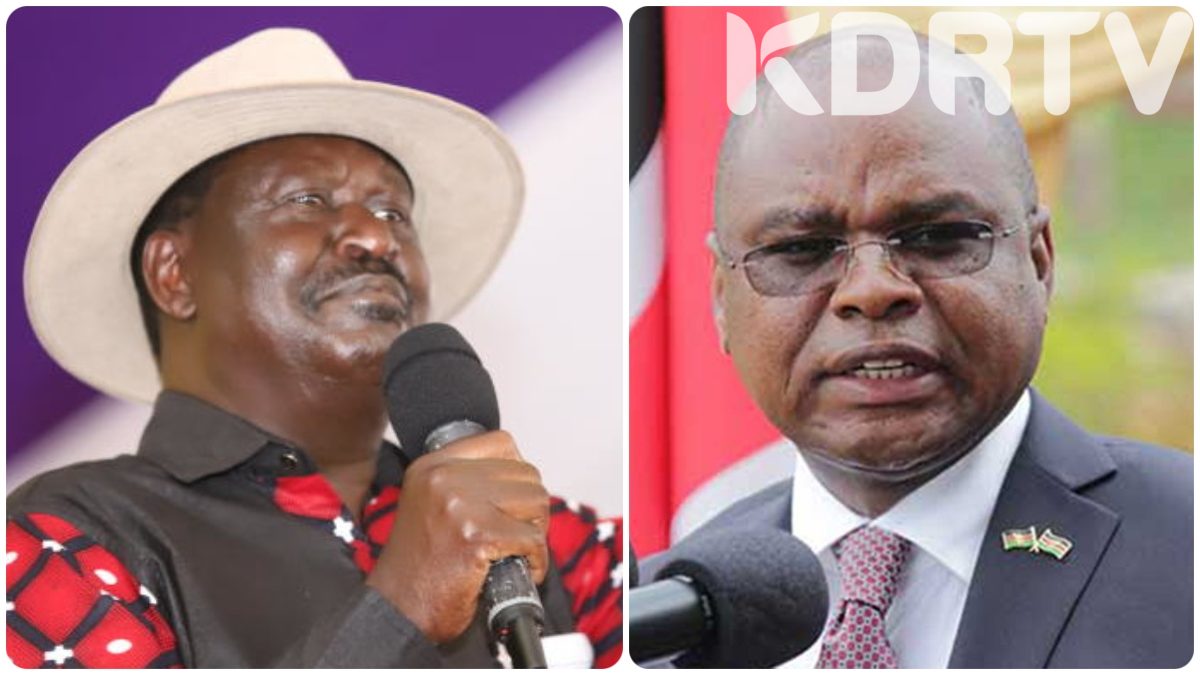 Speaking in Magarini, Kilifi County on Wednesday May 11, Raila said that the Kilifi governor was not thankful despite the sacrifices that he had done for him and personaly mentoring his political career.

When Governor Kingi was questioned about the infamous Sh140 million government mansion on the Mnanari seashore, the former prime minister said that he sought his political backing.

Before the governor cut ties with ODM, the two had a disagreement over Mr Kingi’s plans to launch a Coast-based political party.

“I had a meeting with him and Governor Hassan Joho and MP Junet Mohamed for hours. I told him if we take that route, that every region has its own political party, then Kenya would be politically divided. I asked him what changed with ODM yet he had been a member since 2007 but he said it was a demand of Coast people,” said Raila Odinga.

“That was the foundation of forming the Pamoja African Alliance (PAA). Asante ya punda ni mateke and I want you (supporters) to return the favour and support the Azimio team,” Raila told the Kilifi residents.

Speaking recently in DP Ruto’s Karen residence, Kingi stated that his party was being humiliated in the Azimio coalition and had no choice but to exit. His counterpart Alfred Mutua has also left the coalition in favour of the Kenya Kwanza Alliance.