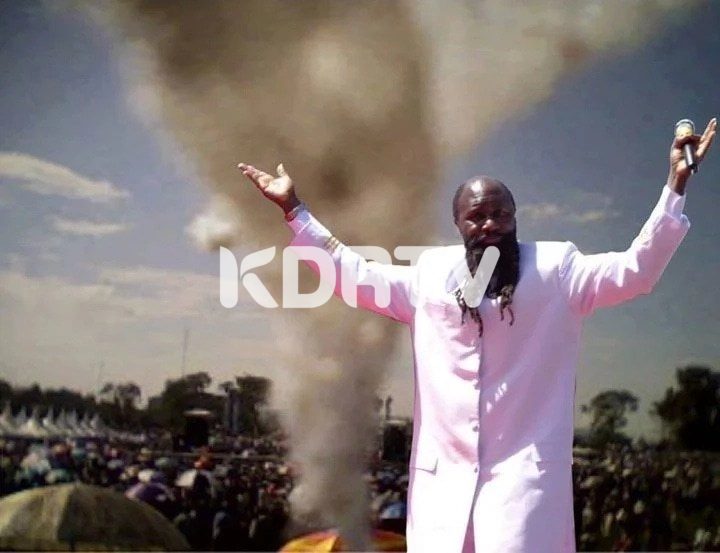 A section of Kenyans was angered by Prophet Owuor’s recent prophecy which comes months after locking himself up since the pandemic started.

On June 30, Owuor finally made his grand appearance almost two years after going underground when the Covid-19 pandemic broke out.

In his comeback, the famous prophet, who has made headlines because of his scary prophecies, angered a majority by declaring God has told him it’s about to rain in Kenya.

“I’m declaring that now. That the heavens will open up and that it will come to rescue the crops that are drying up,” he said.

“There will be massive rain. Then we will have a good harvest.”

Kenyans were quick corrected him by insisting we have just entered a rainy season which is normally followed by a bumper harvest.

“But it started raining since Tuesday…. Don’t claim to be the one who commanded it,” said Danny Onduko.

Owour’s prophecies have always been a controversial subject all over the world, not just in Kenya.

Opinion: Why Smart Women Stay Single For Much Longer

Apparently, Owuor had made the prediction during a radio interview on April 14, 2019, where he claimed that locusts would invade the country if Kenyans do not repent.

“I see tremendous, unbearable judgement coming to Kenya, I see a lot of locusts, I’ve never seen such.

“They went up to one kilometre towards the sky, all over the land, I tried to close the door, the Kenyan border but a lot of the locusts managed to enter into Kenya and they crushed the land,” he said in the interview.

”Repent and turn away from wickedness, one has to bow down and worship the Lord, and that will be Kenya, the window is still open in this hour, that these things may not happen to you.”

Subscribe to watch latests videos
In this article:Kenyan pastors,Prophet Owuor