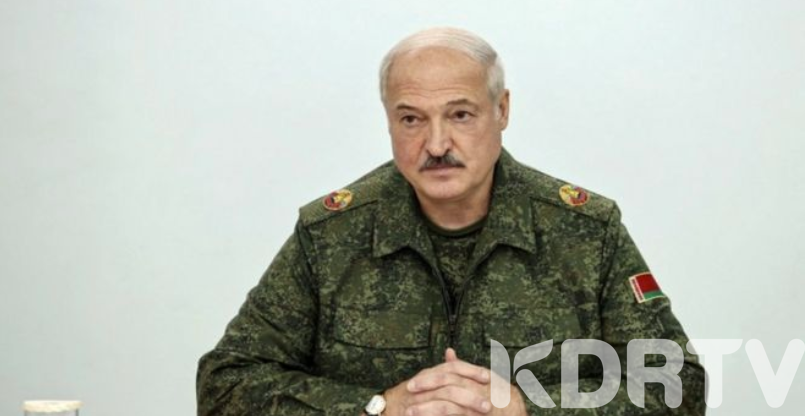 (KDRTV)-Nato has denied accusations by the Belarus President Alexander Lukashenko that “foreign powers” are readying troops on the country`s Western border.

Nato has reestablished that such allegations are baseless and that its main mandate is strictly defensive.

Dressed in military apparel, President Lukashenko announced that he has placed his army on “high alert”

The protests were informed by the disputed presidential election done two weeks ago; demonstrators are pushing Mr. Lukashenko to stand down.

The President who has ruled Belarus for 26 years faulted Nato for trying to split up his country and install a new president in Minsk.

According to Lukashenko, troops in Poland and Lithuania were readying themselves and thus he declared that he was moving his armed forces to the country`s western border

“They are rocking the situation inside our country, trying to topple the authorities,” said Mr. Lukashenko

The president further stated that he has commanded his security chiefs to “take the toughest measures to defend the territorial integrity of our country”.

However, Nato has refuted such claims reiterating that it has no threat to Belarus or any other country” and had “no military build-up in the region” and that “Our posture is strictly defensive.

However, Lithuania president dismissed President Lukashenko`s statement saying he was trying to divert the attention from Belarus.

“The regime is trying to divert attention from Belarus’s internal problems at any cost with totally baseless statements about imaginary external threats,” Lithuanian President said

Notwithstanding, Nato asked Belarus to respect the fundamental human rights of its people.

KDRTV understands that President Lukashenko was reelected on August 9, 2020, in an election exercise considered to be deceitful.

A large number of protestors are again expected to hit the street of Minsk on Sunday.