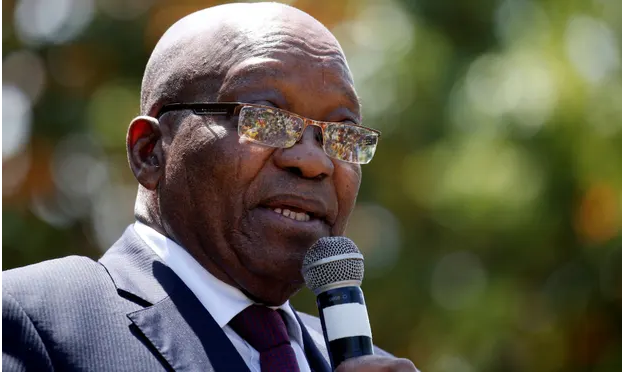 KDRTV NEWS: Former President of South Africa Jacob Zuma has been sentenced to 15 months on Tuesday.

South African constitutional court made the ruling after Jacob Zuma failed to appear before a corruption inquiry committee early this year.

Zuma reported did not appear before the inquiry team led by Raymond Zondo, February.

The inquiry was meant to examine allegations of high-level graft during the Zuma regime from 2009 to 2018.

The former President has denied any wrongdoing and has far not cooperated.

Zuma is a comrade to Nelson Mandela and has taken a critical role in managing the African National Congress party since apartheid in 1994.

However, his regime was tainted by grafts and corruption allegations.

KDRTV established that Mr. Zuma was not in court on Tuesday and was not immediately taken to prison.

Many South African seemingly are fed up and have backed current President Cyril Ramaphosa to root out corruption.

The President has dedicated efforts to end corruption in the government and in the ANC party.

The looting and misappropriation of public funds and resources have critically impacted the lives of ordinary citizens in South Africa.

To gain public confidence, Mr. Ramaphosa has gone after his own party`s leading icons including the health minister and ANC secretary-general forcing them to resign.