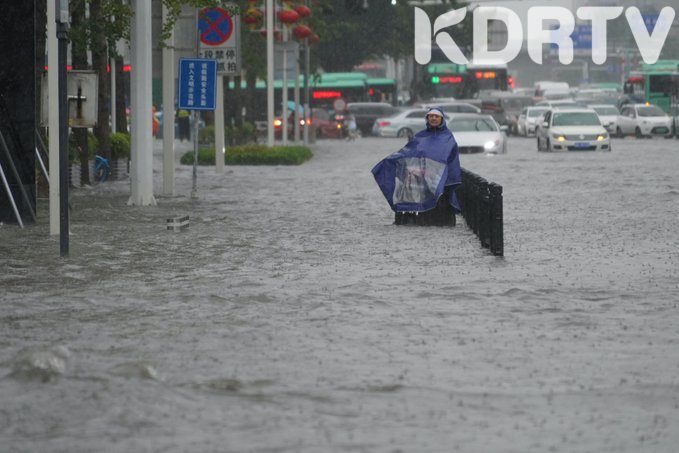 KDRTV NEWS: At least 12 people have lost their lives in Henan province while 100,000 people have been evacuated from their homes following devastating floods.

The dozens of cities including the capital of the province Zhengzhou have been affected by the record-breaking downpour.

According to footage circulating in the social media seen by KDRTV, dozens of people are seen wading in the chest-high levels of water in train stations and roads.

On Wednesday, President XI Jinping said that the situation was in its critical stage saying that the flood had already resulted in significant deaths and property damages.

The president ordered the response should prioritize the safety of people and their properties.

The authorities have issued a higher warning alert in the Henan province which is a home of about 94 million residents.

The heavy downpour began over the weekends with intensifying storm on Tuesday.

At least 700 passengers were stuck in Zhengzhou for at least 40 hours as reported by local media.

The flood has already resulted in power blackouts in the First Affiliated Hospital of Zhengzhou among other areas.

Patients have been so far transferred to other health care facilities.

150 kids and teachers of a kindergarten in Zhengzhou rescued pic.twitter.com/lKDxvvtmrI