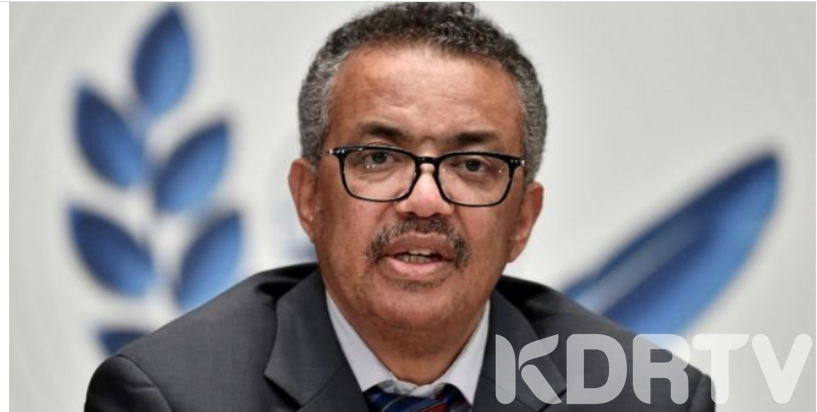 WHO coronavirus could be over within two years

(KDRTV)-The World Health Organization (WHO) boss Dr. Tedros  Adhanom Ghebreyesus indicated some hopes after proclaiming that the novel coronavirus could be over within two years

Mr. Tedros who was speaking in Geneva on Friday said the Spanish flu of 1918 took two years to overcome

However, he further stated that the current strides in technology could enable the world to do away with the virus faster

“Of course with more connectiveness, the virus has a better chance of spreading,” he said.

“But at the same time, we have also the technology to stop it, and the knowledge to stop it,” he noted, stressing the importance of “national unity, global solidarity”.

The appalling Japinish flu killed 50 million people, however, coronavirus has so far killed almost 800, 000 people and contacted by 22.7 million more

“Any type of corruption is unacceptable,” he answered.

“However, corruption related to PPE… for me it’s actually murder. Because if health workers work without PPE, we’re risking their lives. And that also risks the lives of the people they serve.”

The announced surfaced days after the UK claimed that they have developed that first coronavirus vaccine which is efficient and safe for human use.

However, there is international criticism over the vaccine with many calling for the UK to publish scientific evidence behind the vaccine

Meanwhile, the US, Brazil, and India are leading the list of countries with the highest coronavirus infections. The US initially slammed the WHO and China for the outbreak of coronavirus

According to our earlier reports, WHO also pilled pressure on African governments to consider reopening schools since prolonged closures of schools is harmful to students

So far, six countries in Africa have fully reopened schools while other countries like Kenya for instance, announced that schools will be reopened in January 2021.

This was after the Kenyan government canceled the academic year 2020.