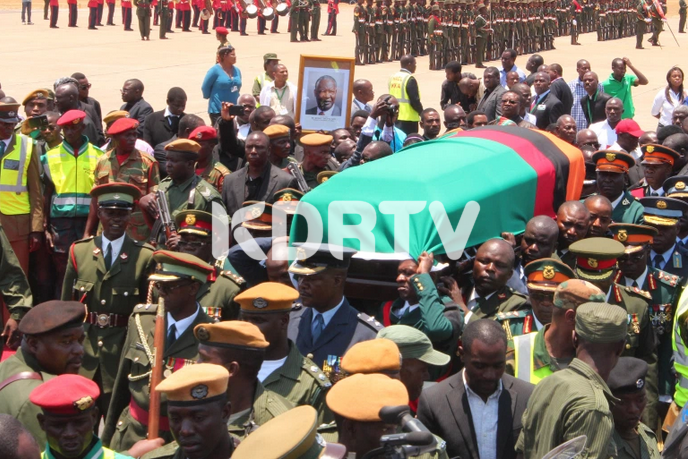 KDRTV NEWS: A section of family members of Zambia`s late President Kenneth Kaunda has gone to court in a bid to stop his burial at the Embassy Park national site in the capital Lusaka.

After their death, the government announced that he would be buried at the Embassy Park, where the other previous presidents were laid.

KDRTV established that the burial is due on Wednesday.

Some of Kaunda`s children, grandchildren, and great-grandchildren are pleading with the court to compel the government to allow the ex-leader to be buried elsewhere, next to his wife, Mama Betty Mutinkhe Kaunda.

The family members say that Kaunda`s last wish indicates that he wanted to be buried next to his wife.

However, the Zambian government has kept low on the matter.

Some of the Zambian presidents who have died include Fredrick Chiluba and Levy Mwanawasa, and Michale Sata.

Dr. Kenneth Kaunda`s son Kaweche and his siblings have sued the government to court over the decision by the Cabinet Office to bury their father at Embassy Park.

Thus, if the court would grant the family their wish, Kaunda could be buried the exhumed.

The family wants Kaunda to be buried at his farm in New Kasama.

READ ALSO: Kenyan Man In The US Jailed For 20 Years After Raping 79-year-old Granny

The family was presented with Simeza, Sangwa, and Associates, who cited the Secretary to the Cabinet as the respondent in his application.