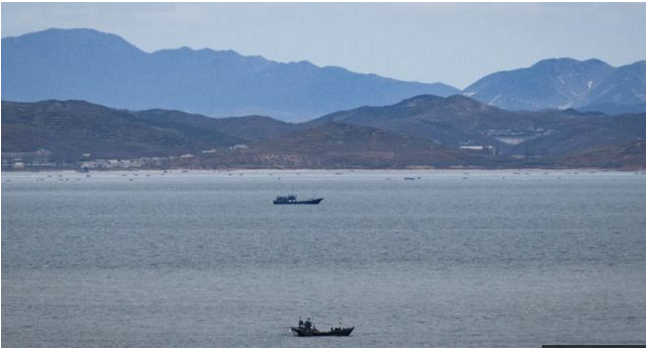 Seoul reported that the man who worked at the fisheries department vanished while on patrol boat near the border however, his body was later found in North Korean waters.

The Ministry alleged that North Korean soldiers shot the man and then poured oil on his body and burnt it. It is supposed that that was one of the coronavirus prevention measure

KDRTV understands that Pyongyang is yet to comment about the incident

In July 2008, a South Korean tourist was shot and killed by the North Korean troops at Mount Kumgang

The man was found by patrol boat while wearing a life jacket however, the troop questioned him from a distance before orders from superiors demanded that the man be killed

The officers who seized the man were wearing gas mask

The country’s National Security Council said the North could “not justify shooting and burning the corpse of our unarmed citizen who showed no sign of resistance”.

The country’s National Security Council said the North could “not justify shooting and burning the corpse of our unarmed citizen who showed no sign of resistance”.

In the recent past, South Korea and North Korea has engaged in border tensions