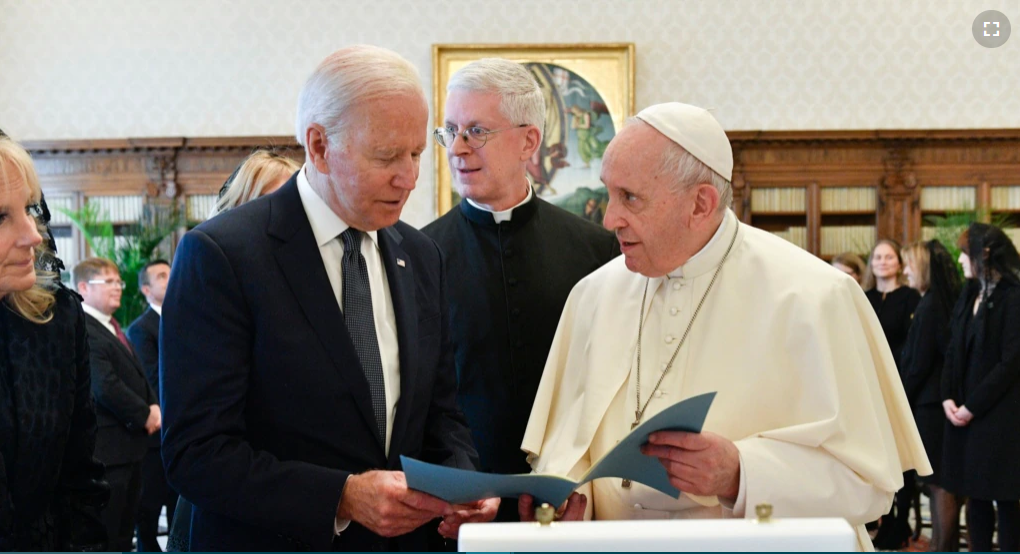 KDRTV NEWS: President Joe Biden has met with Pope Francis at the Vatican on Friday in what has been termed as the personal and political audience.

The meeting emerged a few moments before the G-20 leader`s summit in Rome about the global economy.

The next global meeting will be the summit on climate change held in Glasgow, Scotland.

The President and the US first lady were welcomed by the head of Papal Household, Monsignor Leonardo Sapienza.

Joe Biden and the first lady had a private audience with Pope before they later participated in a borders delegate meeting that included the US Secretary of State, National Security Advisor, and White House Chief of Staff.

However, contrary to the execution of many people, the White House is yet to announce whether President Biden will take holy communion from Pope Francis.

There are have been many concerns that Holy communion should only be given to Presidents who do not support abortion.

However, it is not clear if the two discussed the issue of abortion.

▶️ President Joe Biden met with Pope Francis at the Vatican, Friday, at the outset of a five-day European trip.

However, President Biden and Pope Francis agreed that Catholicism is a big tent that political affiliations should not define.