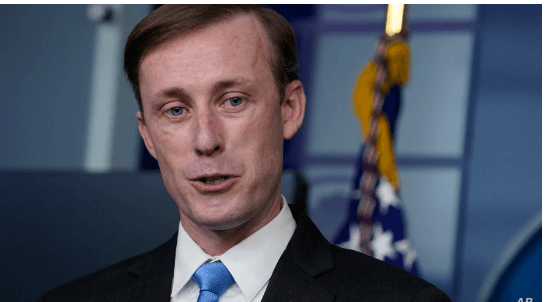 The US starts talks with Iran over release of American Hostages

(KDRTV)-The United States announced that it has started talks with Iran over dozens of Americans held hostages in Tehran.

The White House National Security Advisor Jake Sullivan said on Sunday that the US had initiated talks with Iran about the return of the hostages.

KDRTV understands that at least five Americans are held hostages in Tehran over espionage among other charges.

During an interview with CBS News, Sullivan said that it is a significant priority for the current administration to get the American hostages safely back home.

“We have begun to communicate with the Iranians on this issue,” Sullivan said

“We will not accept a long-term proposition where they continue to hold Americans in an unjust and unlawful manner,” he said, calling it a “humanitarian catastrophe.”

However, the White House Spokesperson insisted that the US has not started talks with Iran about it rejoining the 2015 international pact to restrain Iran`s nuclear development program.

However, Biden had been quoted saying that his administration was determined to reengage in negotiations to restore that pact that former President Donald Trump withdrew from.

“We need transparency and communication to minimize the rise of strategic misunderstanding or mistakes,” Biden said at the virtual Munich Security Conference.

At the same time, Iran has not responded to comments by the US to renew the nuclear talks.

“It’s Iran that is isolated now diplomatically, not the United States, and the ball is in their court,” he said.

Iran has made efforts to prevent any surveillance of the nuclear facilities and thus announce the shut off of the International Atomic Energy Agency cameras.

Subscribe to watch latests videos
In this article:Headlines, world