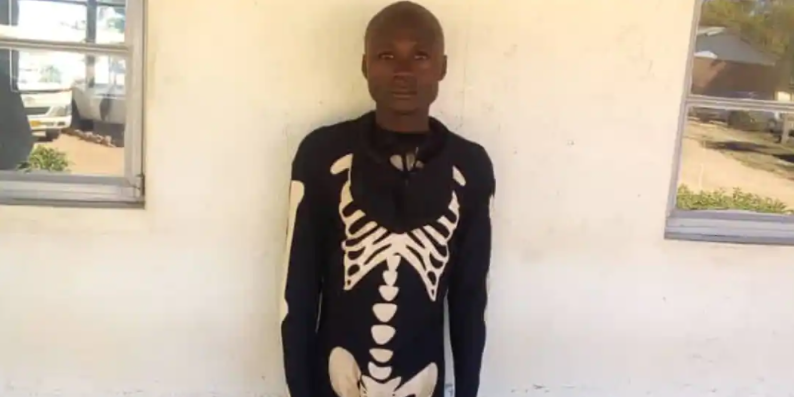 Times are certainly hard, and when you find yourself at the corner, one might be surprised at the lengths people are willing to go to make a living.

This was the case with one chap in Zimbabwe, who came up with a queer way of robbing people’s houses. 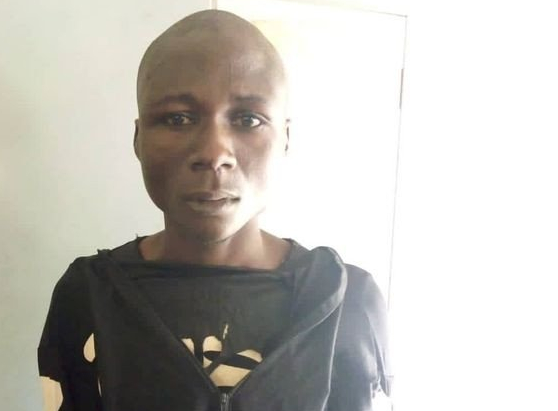 Norman Chagwiza (27) of Gutu district in Masvingo has earned the term ‘ghost man’ in Zimbabwe and the reasons are as hilarious as they are bizarre.

Apparently, Chagwiza has been dressing up in a ghost costume in a bid to frighten his victims away before proceeding to rob them. 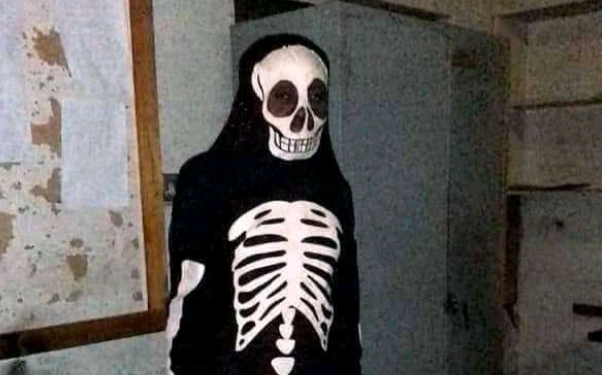 Norman Chagwiza in his element

Oddly enough, it has worked on several occasions.

Norman Chagwiza is burglar in Zimbabwe whose days of crime are set to come to an end.

According to reports, the daring chap robbed two houses using the bizarre tactic.

“He stole a ladder at a certain homestead, then in another incident, he locked the door from outside while trying to steal solar panels, but the owner of the house broke the door and ran after him and he was caught,” Nyathi said.