KTN News anchor and COTU boss Francis Atwoli’s third wife Mary Kilobi has rubbished claims that she was in a relationship with Rashid Echesa before being married by the firebrand unionist.

In a long Instagram post, the renowned journalist stated that she has never interacted with the former Cs one on one.

“Just for clarity as a journalist, I have interacted with many news sources but not even once have I with one Rashid Echesa, only have I seen him in our Kajiado home,

“I’ve never even had his phone number! Therefore I consider what he said yesterday for the sake of settling political scores very disrespectful and totally unacceptable!” Mary Kilobi wrote.

She went further to attack the former CS urging him not to drag her into political differences with her husband. She stated that Echesa’s attempt to engage the outspoken unionist by concealing himself behind her is a show of cowardice.

“Attacking Kilobi for trying to get back at my Husband is Cowardly!” she stated. 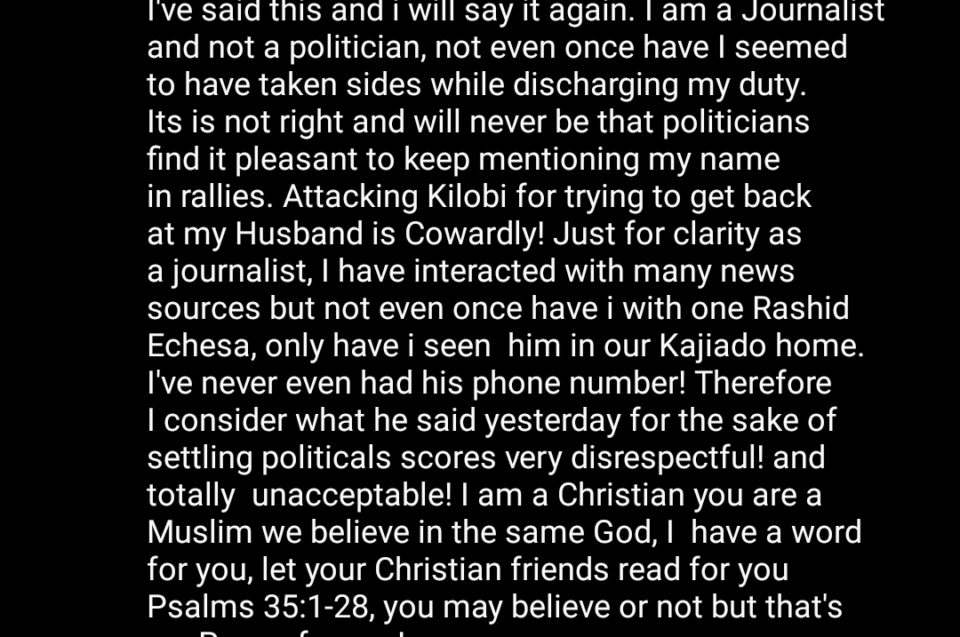 The former CS had on Saturday during a rally in  Amalemba Stadium, in Kakamega County alleged that he used to see the KTN News anchor and she know her more than the COTU boss.

Kilobi has recently advised Echesa and Didmus Barasa against repeatedly invoking her at their campaign rallies. 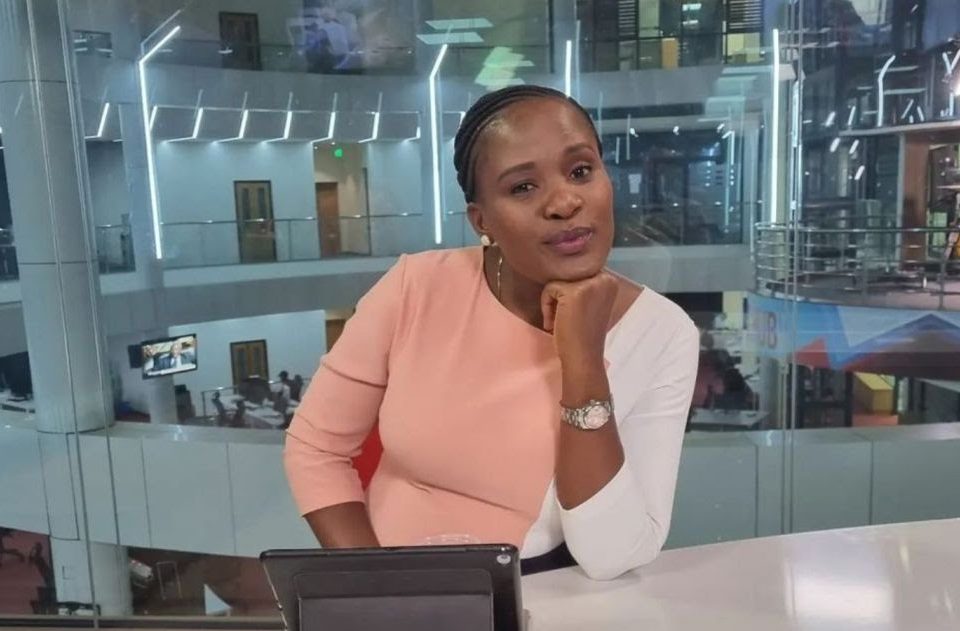 The news anchor urged the DP Ruto-led alliance to focus on selling their message to Kenyans rather than constantly disparaging her, despite the fact that she is not a public personality.

“I know it sounds really nice but Kenyans are eager to hear the “great plans” you purport to have for them. Kumbe hamna sera? Uza Sera wadau wachana na Kilobi. She’s not a politician neither do I have plans of contesting,” Kilobi said.