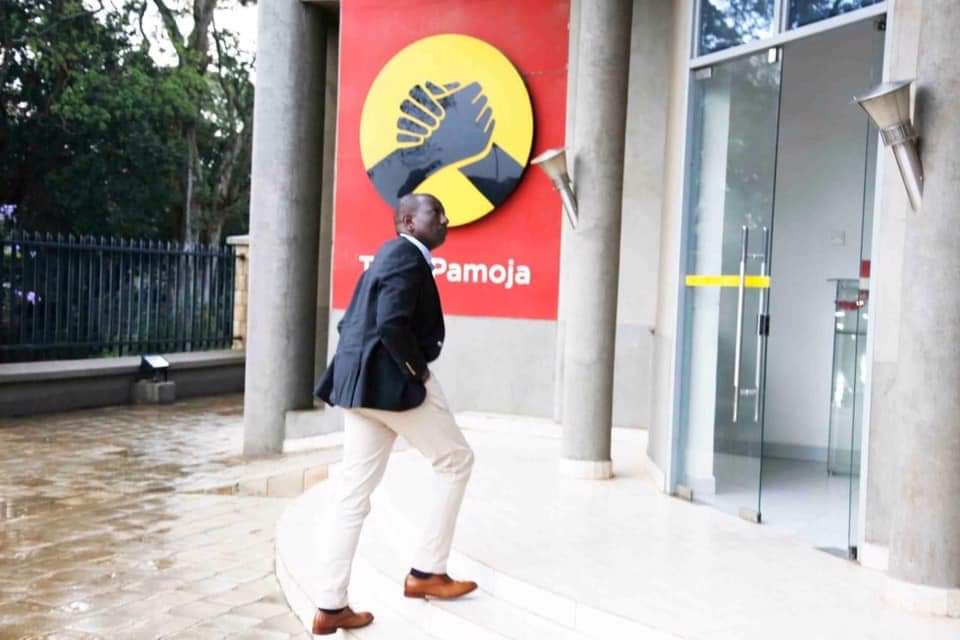 According to Hustler Nation spokesperson Dennis Itumbi, the DP visited the party headquarters in his capacity as the Deputy Party leader.

DP @WilliamsRuto at Jubilee Pangani Headquarters to supervise plans by the Party on the scheduled By-Elections….#HustlerNation pic.twitter.com/xvN1Obvd5B

Itumbi further revealed that the DP was in Pangani to supervise plans for the party’s leadership elections.

Read Also: Uhuru, Ruto Go Their Own Ways in Murang’a

This was the first time Ruto was visiting Pangani since his allies were kicked from the Jubilee National Management Committee (NMC).

President Uhuru Kenyatta’s allies ganged up and appointed new members to NMC- despite noise from the DP’s Tanga Tanga faction.

The lawmakers effectively ceased to be members of the Jubilee National Executive Committee (NEC) after losing their house leadership positions. This also meant that Ruto had lost control of the party’s top decision making organ.

Murathe especially has been attacking the DP in public saying he will not succeed President Uhuru Kenyatta because he is a thief.

Murathe has also publicly endorsed ODM leader Raila Odinga for 2022 Presidency. It will be interesting to see how the different party factions react to the DP’s visit.