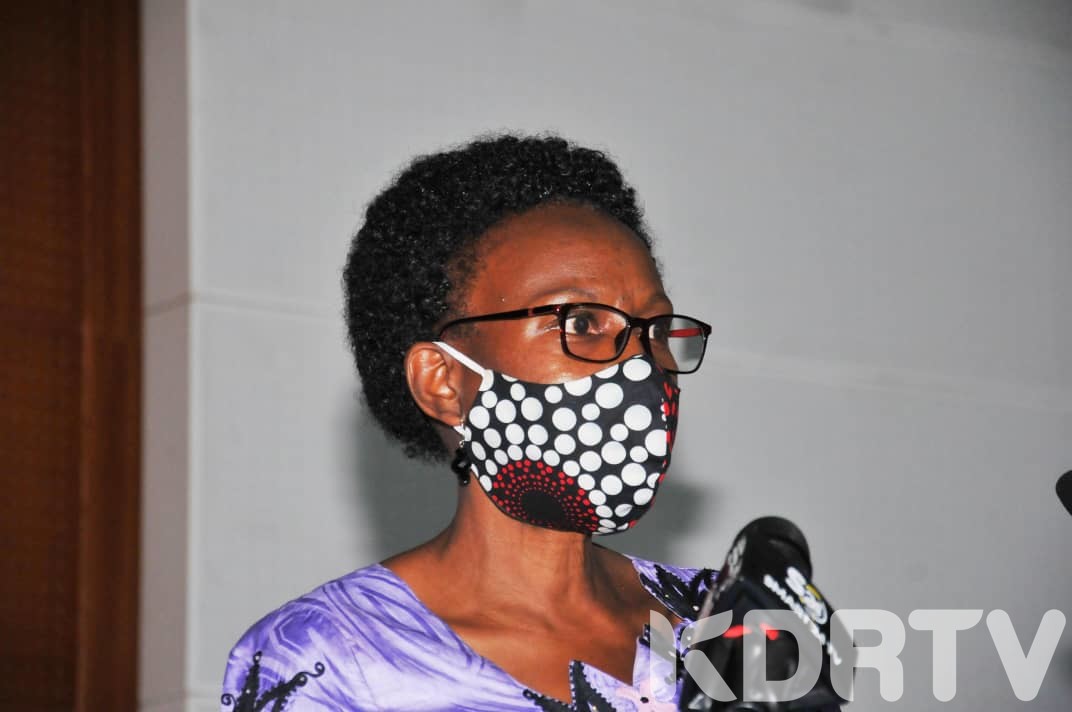 (KDRTV)-Uganda`s Ministry of Health on Thursday, July 23, announced that the country had confirmed its first coronavirus death since the outbreak of the virus in the country.

Dr. Henry Mwebesa, the Director-General Service said in a statement that a 34-year-old Ugandan who was a support staff working with Wasungui Health Center 11 in Namavia Sub County Namisindwa District succumbed to COVID-19

According to the Ministry, the victim was initially admitted toWasungui HC II on Wednesday, 15 July and was treated for severe pneumonia before she was later transferred to joy Hospice health facility in Mbale on Monday, July 20 where she was isolated in female ward

Reports also indicate that samples of the deceased were tested for COVID-19 in four laboratories which include Makere University, Uganda Virus Research Institute, CPHL, and Tororo.

“In addition, findings at postmortem showed features of acute pneumonia; findings that are consistent with COVID-19 infection,” Dr. Mwebesa said in a televised address.

“In our earlier report we had indicated that the deceased was not a Ugandan. Further investigations have since established that she was a Ugandan from Manafwa, Bubulo East, Namabya- Namunyali- Sisongofwa,” he added.

Ugandan authorities have reported that so far, 30 contacts to the victim have been traced and placed in quarantine units.

The listed contacts included family members and healthcare workers, however, the process is still ongoing and we believe that the number of contacts would surge

“The contacts will be monitored daily for fourteen (14) days as per our protocol by district surveillance teams supported by Ministry of Health experts who will be deployed in the district,” Dr Mwebesa added.

So far, Uganda has confirmed 1, 071 coronavirus cases with one fatality.