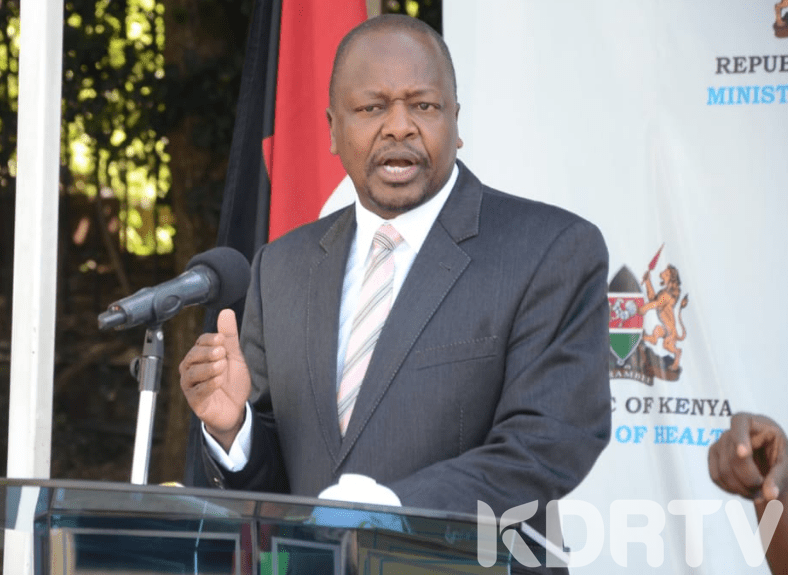 CS Kagwe who was speaking at the Afya House in Nairobi said that the new cases were confirmed after 2,061 samples were tested in the last 24 hours

Among the new patients, 177 are Kenyans while 6 are foreign nationals constituted of 119 males and 64 females aged between 4 and 79 years

The new cases were distributed as follows;

At the time, the CS announced that 90 more COVID-19 patients were discharged from various health facilities bringing the number of recoveries to 2,504.

However, Kagwe also announced that three more patient had succumbed to the respiratory disease bringing the total number of fatalities to 167

“During this new phase that we have started in the fight against the disease, I want to make a special appeal to our people to exercise individual responsibility. Our cooperation and unity in this fight will enable us to overcome,” he said.

“Since this pandemic struck our country, it has caused a lot of anguish and suffering to our people. A good number of our people have checked in hospitals with mental health cases such as depression. We have also witnessed an increase in family and gender based violence,” said CS Kagwe.

“These psychosocial issues have compounded the problem of the current pandemic. The rising number of mental health related cases in the country, some of which have in fact ended up in suicide, have been a concern to this government and that is why the president ordered the formation of a taskforce with the primary mandate of studying the status of mental health in the country and recommend solutions to reform mental health systems.”