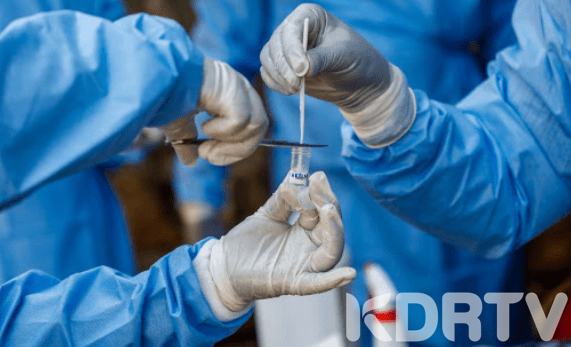 According to Health Cabinet Secretary Mutahi Kagwe, the new figures were confirmed after 5, 259 samples were tested in the last 24 hours

“It is possible the weather is also part of the reason COVID-19 figures are going up. It is the flu season,” said Mr. Kwage further reiterating that men should be careful and in particular young men.

The CS also announced that a total of 64 health workers have contracted the deadly coronavirus which is about 3 percent of the national tally.

However, Kagwe said that the number is still low as correlated to global numbers of health workers who have tested positive for coronavirus

At the same time, he criticized doctors who are allegedly still “misbehaving” and not observing the coronavirus containment measures.

This is after he noted that one doctor tried to continue offering health care services after contracting the virus but was later reported by a nurse.

“If we preach water let’s take water not wine,” he said adding that the highest level of discipline is expected from frontline soldiers.

Fortunately, the CS announced that 113 COVID-19 patients have recovered from various health care systems in the country bringing the total number of recoveries to 8, 021.

On the other hand, 12 more patients succumbed to respiratory disease bringing the total number of fatalities to 311.