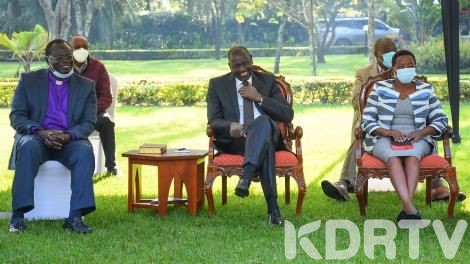 The second-in-command who was speaking during a burial in Nandi county on Friday, July 3 stated that the current political alignment in Kenya would not diminish his bid to be the president of Kenya come 2022

Instead, he asked Kenyans to pray for him as he completes his second term as the deputy president 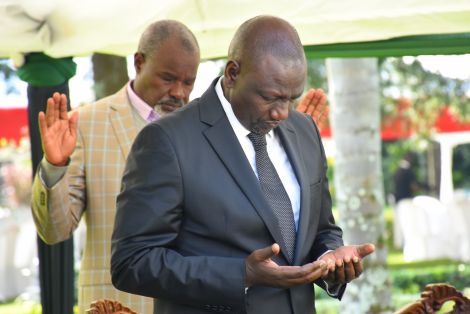 The Deputy President in Nandi County at the burial ceremony of Mzee Tarus on July 3, 2020

“If you see them coming together because of me, it is because I am not a weak candidate, pray for me,” he told the mourners.

“Even though there are many challenges in political parties and the country as a whole, all of us need to know that we can only succeed if we work together.

At the same time, the Aldai Member of Parliament Cornelius Serem affirmed that no amount of intimidation would destroy their 2022 political goal

“After the purge in Jubilee we have decided that you are either with us or you dine with the opponents,” he declared.

According to him, the Jubilee party management was misusing funds meant for grass-root offices

“If Uasin Gishu, home of the deputy party leader of Jubilee, has no party office, how are the funds that we contribute monthly and other donations spent?” he questioned.

However, he challenged the alleged opposes of the Deputy president to produce their best candidate to battle Ruto in 2022