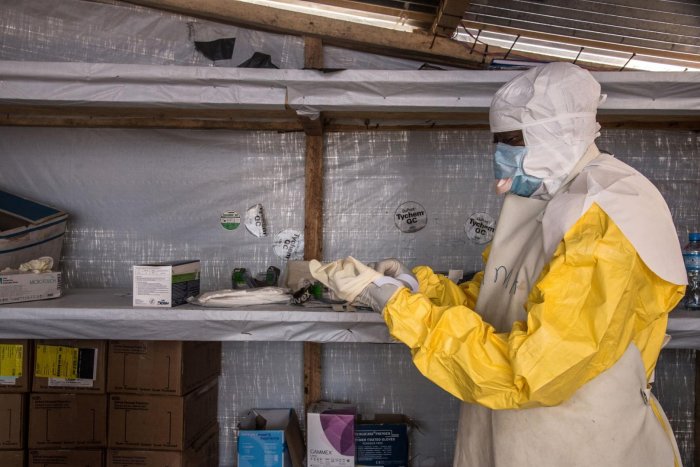 KDRTV NEWS: The deadly Marburg virus has been confirmed in Guinea, World Health Organization (WHO) said on Monday.

WHO said that this was the time the Marburg virus disease was confirmed in the West African country.

“The potential for the Marburg virus to spread far and wide means we need to stop it in its tracks,” said Dr Matshidiso Moeti, WHO Regional Director for Africa.

According to the statement released by WHO, the first case of the Marburg virus was identified by the Guinea officials in Gueckedou Prefecture.

“This is the first time Marburg, a highly infectious disease that causes haemorrhagic fever, has been identified in the country, and in West Africa,” it added.

The virus case was confirmed in the country two months after WHO pronounced the end of the country`s second wave of Ebola outbreak, which started last year and claimed the lives of 12 people.

Authorities said that the Marburg virus is in the same family as the virus that causes Ebola.

Samples taken from the now-deceased tested positive after Marburg in the field laboratory in Gueckeduo and Guinea`s national hemorrhagic fever laboratory.

The Institut Pasteur did further analysis in Senegal, and Marburg’s positive case was also confirmed.

It is reported that the deceased sought medical help at a local in the Koudou area of Gueckedou, where a medical team was sent to evaluate the situation.

Authorities have launched contact tracing to halt the spread of the deadly virus.

READ ALSO: WHO: Ebola Epidemic In Congo May Be Close To Its End

The Marburg virus is transmitted to humans from fruit bats and spread among people through direct contact with the body fluids of the infected people, surfaces, and materials.

In Africa, as a continent, previous outbreaks and sporadic cases had been confirmed in Kenya, Uganda, the Democratic Republic of Congo, South Africa, and Angola.