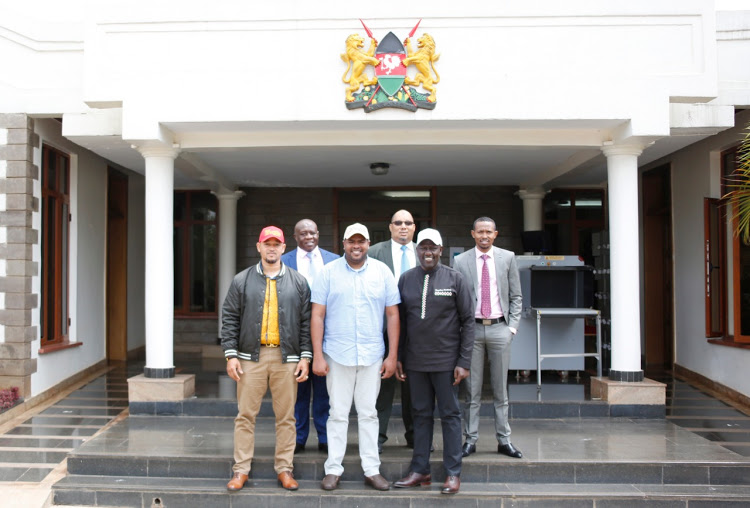 (KDRTV) – The race for Msambweni by-elections is officially on after IEBC cleared Feisal Bader, a candidate associated with DP William Ruto, to vie in the elections slated for December 14.

IEBC announced on Thursday that Bader had been cleared by Msambweni Constituency Returning officer Yusuf Abdalla. Bader, a relative to the late Msambweni MP Suleiman Dori, will be vying as an independent candidate.

“Feisal Abdallah Bader Salim has been cleared to contest for the Msambweni MNA #Dec15Byelections by the RO Mr. Yusuf Abubakar and DRO Joseph Mwero. Mr. Feisal is contesting as an independent candidate,” IEBC announced.

Feisal Abdallah Bader Salim has been cleared to contest for the Msambweni MNA #Dec15Byelections by the RO Mr. Yusuf Abubakar and DRO Joseph Mwero. Mr. Feisal is contesting as an independent candidate. pic.twitter.com/Bxa3wPFKsc

Feisal will now face off with ODM candidate Omar Boga in what is turning out to be a two-horse race after several independent candidates agreed bowed out of the race to support Bader.

Ruto has been coordinating Faisal’s campaigns from Nairobi. He is the one who brokered a deal to have three other candidates drop out of the race on Sunday.

Grateful to witness the pact forged by the Msambweni by-election aspirants in favour of independent candidate Faisal Abdalla Bader. Our sincere gratitude to Bashir Kilalo, Peter Nzuki and Bakari Sebe for their courage and leadership to forego their ambitions and support Faisal. pic.twitter.com/FePetjMTnS

The DP is, in the coming weeks, expected to touch ground in Kwale County to campaign for Bader, in what could be a repeat of the Kibra by-elections where the Hustler Nation gave ODM a run for its money.

Word on the ground is that Bader is being supported by political big-wigs in Kwale including Governor Salim Mvurya. Mombasa Governor Hassan Joho will lead campaigns for the ODM candidate.

Also cleared to vie in the elections is the tough-talking Sharlet Mariam, a candidate previously associated with the DP.